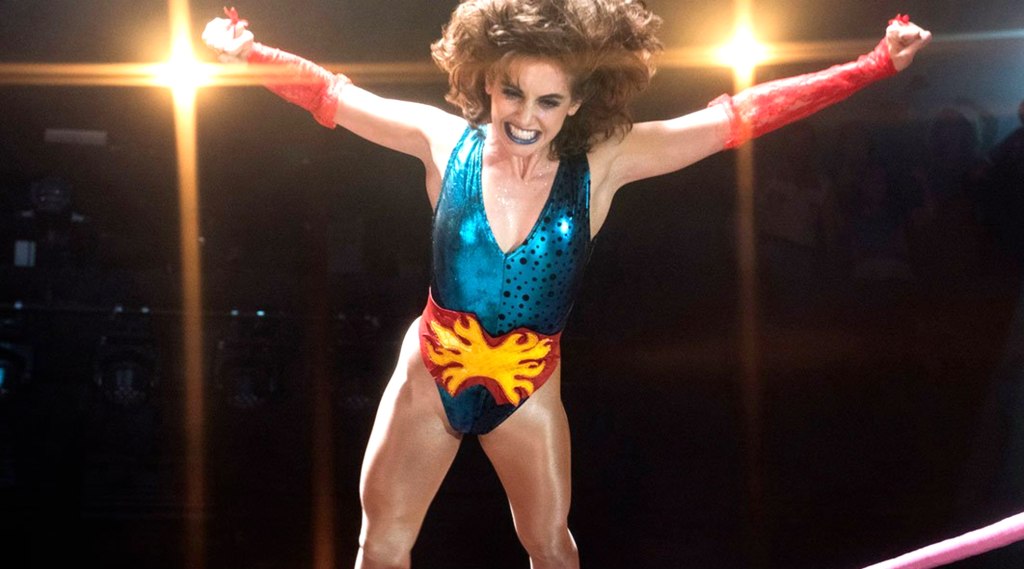 A lot of shows have been cancelled during the pandemic, and GLOW, improbably, was one of them. Luckily there’s been a trend for beloved shows that were unceremoniously axed: a movie to wrap things up. Deadwood — one of the all-time great short-sightedly killed programs — got one. Community may get one (though that one’s really taking its time). And now GLOW — Netflix’s beloved female wrestler show — may get one, too. It just may take a bit.

Alison Brie, one of its stars, recently appeared on The Playlist’s podcast The Fourth Wall, where was inevitably asked about doing just a bit more GLOW. Having been on this rodeo before — see: the perpetually stalled Community movie — she was a little resistant to optimism.

“I certainly think a movie could tie everything up,” Brie said. “I’m a little pessimistic about it actually happening just in light of everything that’s gone on this year and how difficult it is to get anything back into production with COVID. And I’m also part of the Community cast, who’s been trying to get a movie going for six years, so what I’m saying is don’t hold your breath because if it does happen, it might take a minute.”

Last month, another of its stars, Marc Maron, was a bit more cocksure than Brie. “I think what they should do is… let us make a movie,” he said. “I mean, let us wrap it up in a two-hour Netflix movie. They had the whole season laid out. We know where it’s gonna go. Why don’t you give the showrunners and the writers and the cast the opportunity to finish the story in a movie?”

Still, even if the GLOW movie never gets off the ground, they still got to do three seasons. “It’s definitely a bummer,” Brie said. “I’m going to miss playing with those incredible women and Marc Maron and Chris Lowell. But you know, we’re so lucky. We’re lucky that we got to make three, to me, perfect seasons of a show. I love it so much and it will live on Netflix forever. So people can still check it out.”