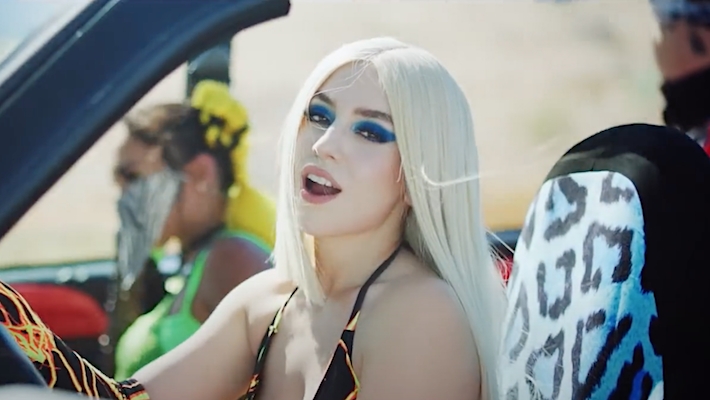 Before Ava Max had even announced her debut album, the singer already had a single peak at No. 10 on the Billboard Hot 100 chart. The impressive feat arrived in 2018, and fans had been anxiously awaiting new music ever since. This September, Ava finally released her aniticiapted debut LP Heaven & Hell. Now, keeping up the momentum of her record, Ava has shared a cinematic video alongside her “OMG What’s Happening” single.

Directed by Hannah Lux Davis, the video places Ava as the driver in a high-stakes road race. Seated in a decked-out truck adorned with flames, Ava chases down a taunting suitor in an equally souped up ride. “Oh my God, what’s happening? / Thought I was fine / I told you I don’t need your love / Like three, four thousand times / But that’s a lie,” she belts as she burns rubber down a deserted highway.

Ahead of the release of her “OMG What’s Happening” visual, the singer tapped two established artists to lend a hand on a buoyant remix. Saweetie and Lauv both joined Ava to offer their vocals on a lively remix of her empowering Heaven & Hell anthem “Kings & Queens.”

Heaven & Hell is out now via Atlantic. Get it here.