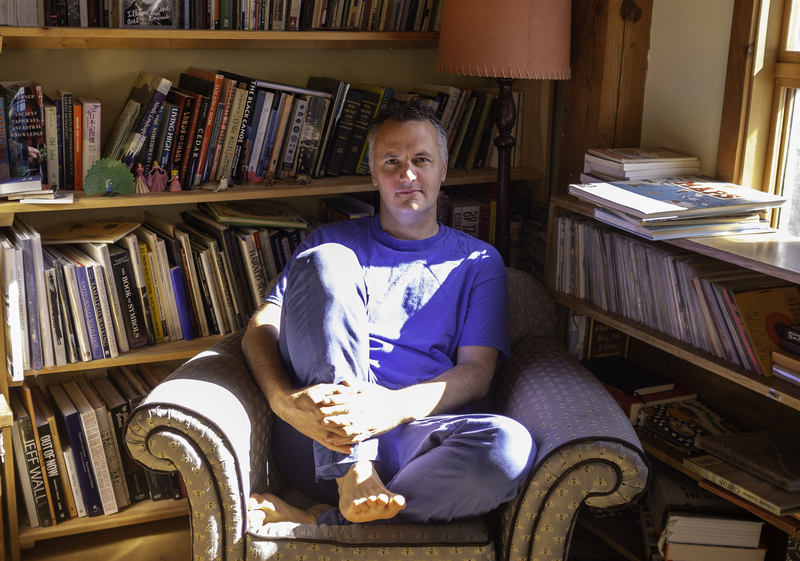 Jesse talked with Phil in 2017. At the time, his wife, cartoonist Geneviève Castrée, had recently died from pancreatic cancer. After her death, he didn’t think he’d go back to making music, instead intending to focus on raising his and Geneviève’s daughter. But a trip to British Columbia inspired a rush of songwriting and creativity, the result of which was the album, A Crow Looked at Me.

Phil wrote and recorded the album in the room where his wife died using instruments she owned. As an album it’s raw, plainly spoken and kind of therapeutic. He paints a portrait of grief by framing his music around really specific moments – trips to the hospital, getting rid of old clothes, getting stuff in the mail for her, long after she’s passed. It’s an approach he describes as “pointing at the grandiose from the side.”

Phil just released a new record called Microphones in 2020 – it’s a frank, honest and beautifully written look back on his 30+ years in music. Microphones in 2020, has a short film that accompanies it, you can watch it in its entirety on YouTube.

Phil joined Jesse to talk about his nearly 30 year career in music, his evolving musical styles, and how he created a very irresponsible gambling game called “Wadlord” while on tour with his band.

Phil’s 2017 album, A Crow Looked At Me, is available for purchase on his website.