Imagine Entertainment and MGM will roll cameras on Ron Howard’s upcoming drama Thirteen Lives, based on the 2018 Thai caves rescue incident, in Australia next March.

The Australian government is injecting AUD $13M into the project, which will use Queensland’s Gold Coast to double for Thailand.

Thirteen Lives is based on the true story of the 2018 Tham Laung cave rescue of a boys’ soccer team, who were trapped for days with no supplies and decreasing oxygen levels. A group of divers from all over the world came together to retrieve them.

Australian Minister for Communications, Cyber Safety and the Arts, Paul Fletcher, said the production is expected to inject more than AUD $96M into the economy, directly creating around 435 jobs for cast and crew, as well as an

Are you ready to watch the undead dance? ENB takes flight into film

A Cuban sugar plum fairy, the undead, a Russian war epic, two women staring each other down in a boxing ring – you never know what’s coming next in English National Ballet’s digital season. The five latest films, wide-ranging in style and concept, average 15 minutes each, making them notably more substantial than most video shorts in the Covid era. It’s an attempt at meaningful choreography as well as visual flair. They will be performed on stage at some point, but for now the films are being released one per week.

Shot in ENB’s own studio, the works are more filmed dances than dance films but there’s still imaginative use of the space from the directors, who mostly come from commercials and pop videos. The most straightforward is the first, Stina Quagebeur’s Take Five Blues. With warmth and fun, the dancers bounce off violinist Nigel Kennedy’s unconventional recordings of Take 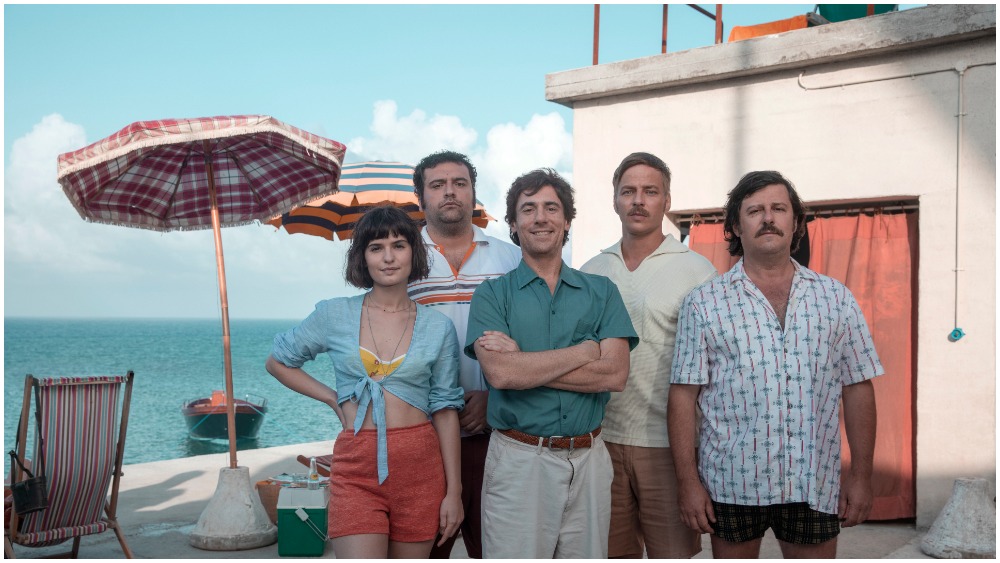 In 1968, idealistic Italian engineer Giorgio Rosa founded an independent micro nation on a tiny island he built on a platform supported by steel pylons off the coast of Rimini, Italy, outside Italian territorial waters. He named the platform — which had its own bar/restaurant, post office and radio station — the Republic of Rose Island.

This anarchic act is the subject of “Rose Island,” a dramedy rooted in real history marking the first Netflix Original film out of Italy. The streaming giant worked closely with director Sydney Sibilia and production company Grøenlandia (“The First King”) to shepherd the picture, conceived from the outset for an international audience. The film stems from Netflix’s stepped-up drive under David Kosse, vice president of international film and Teresa Moneo, director of international film, to produce and acquire significant non-English language titles with worldwide appeal.

Australia will provide A$13 million ($9.6 million) to MGM and Imagine Entertainment towards the production, with Queenland’s Gold Coast hinterland doubling up for Thailand.

Produced by Oscar-winner Brian Grazer, P.J. van Sandwijk, Gabrielle Tana and Karen Lunder, “Thirteen Lives” follows the true story of the 2018 Tham Laung cave rescue of a boys’ soccer team, trapped in a cave by heavy rain and flooding. After the team was stuck for days with no supplies and falling oxygen levels, a group from all over the world came together to work with the people of Thailand to save the boys. Among those experts were a group of divers from the U.K. and Australia.

“Over the years, I’ve both enjoyed and creatively benefitted from

Joe Pesci’s grin in ‘Home Alone’ has been voted the best ‘winning smile’ in a festive film.


The 77-year-old star plays burglar Harry in the 1990 Christmas comedy and shows off a gold tooth when he discovers that Kevin’s (Macaulay Culkin) family are going away for the holiday season.

Buzz Bingo have delved into Christmas classics – such as ‘Die Hard’, ‘Elf’ and ‘Love Actually’ – to find the best smiles and flicks to create a top-ten list. The survey has been conducted to celebrate the company’s #WinFace campaign.

Harry Lang, marketing director at Buzz Bingo, said: “We could all do with some cheering up this year, so we’ve loved delving into the archives of much-loved Christmas films to find the best winning smiles. 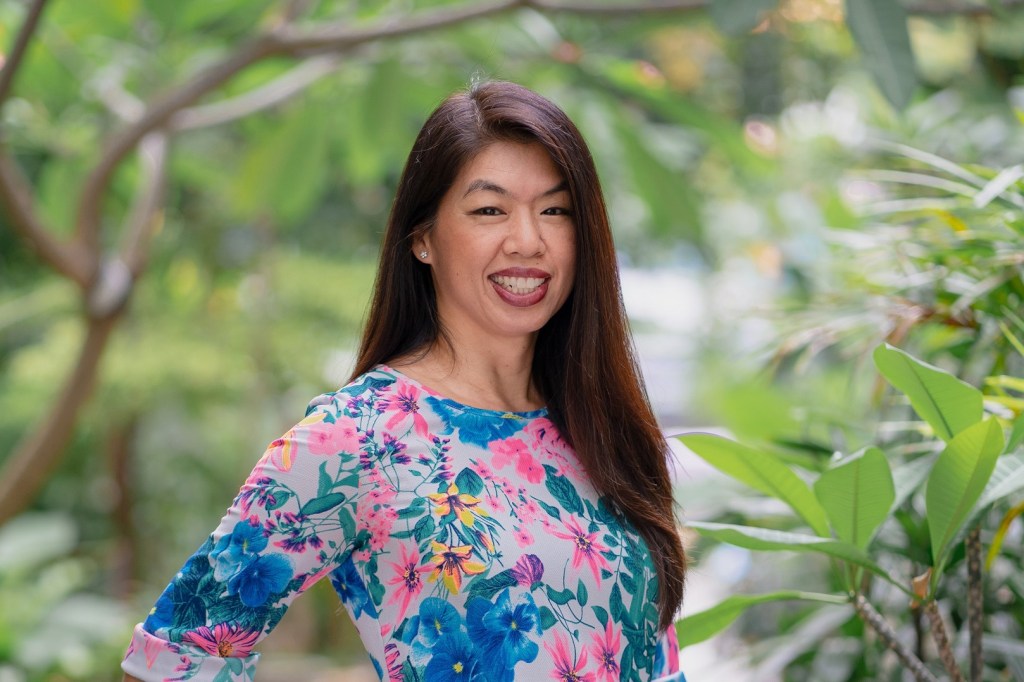 Emily Hoe: How The Singapore Festival Planned Through A Virus-Hit Year

Emily J. Hoe took over as executive director of the Singapore International Film Festival just as the world was waking up to the coronavirus as a full-on pandemic. A calm head helped prevail and deliver a slimmed down, but still familiar, event that is presented in physical form and partially online.

Variety: You have a background in arts management. What did you bring to the festival.
Emily Hoe: I’ve worked in the arts in Singapore since 2007. I actually started as a marketing manager for a small, independent multidisciplinary organization called The Substation. And at that time we had a really strong film program. Then I went to the Esplanade, with the National Performing Arts.
I came to the Singapore International Film Festival and started the day before the circuit breaker (Singapore’s stay-at-home reaction to the coronavirus) began.

I’ve had three careers. My first was actually in retail management,

In “Superintelligence,” an average human being must convince a sentient AI program not to wipe out humanity. Lucky for all of us, the film “Superintelligence” is not entered as evidence that our continued existence is justified.

It’s probably the most technically accomplished of the four theatrical features (to date) that Ben Falcone has directed with his wife Melissa McCarthy in the starring role, but this partnership continues to be an imbalanced one, at least in terms of results. Their collaborations (which also include “Tammy,” “The Boss,” and “Life of the Party”) constitute both her least-interesting movies as an actress and the entirety of his career as a filmmaker.

As collaborators and co-stars, they can be hilarious together — in performance; once he steps to the other side of the camera, however, the magic they create as a team seems to dissipate. Neither of them gets much assistance 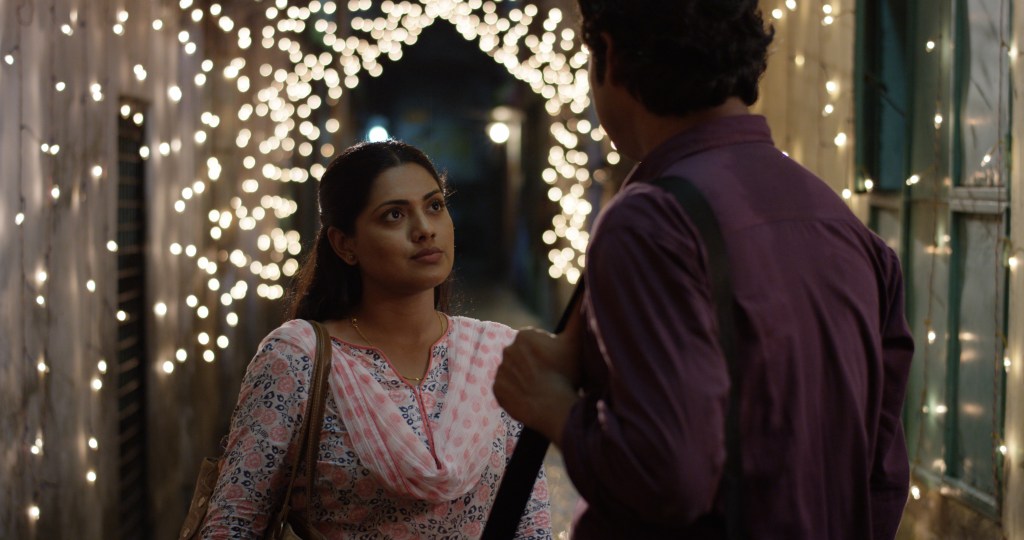 ‘Sincerely Yours Dhaka’ to Represent Bangladesh at the Oscars

The Bangladesh Oscar Committee has selected acclaimed anthology film “Sincerely Yours, Dhaka” as the country’s entry to the 2021 Oscars’ international feature film category.

The film is produced by Faridur Reza and Ebne Hasan Khan for leading Bangladeshi studio Impress Telefilm. The project is the brainchild of “Dhaka” creative producer Abu Shahed Emon, a directing masters graduate of the Korea National University of Arts. His debut feature, 2014’s “Jalal’s Story,” was Bangladesh’s entry in the Oscar foreign-language category and was nominated for the New Currents Award at Busan.

“Sincerely Yours, Dhaka” had its world premiere at Busan and has since played at more

As is customary, the local fare on offer at the Singapore International Film Festival (SGIFF) is linguistically and thematically diverse, reflecting the nature of the island city-state.

The opening film, Tan Bee Thiam’s “Tiong Bahru Social Club,” is presented in several languages, including English, Cantonese, Mandarin, Hokkien, Malay and Tamil. Inspired by Jacques Tati and Charlie Chaplin, the stylized satire follows a 30-year old millennial who stumbles across the eponymous club, an organization that aims to transform Singapore’s Tiong Bahru into the happiest neighborhood in the world.

While “Tiong Bahru Social Club” bowed at Busan in October, the rest of the local features are all world premieres. 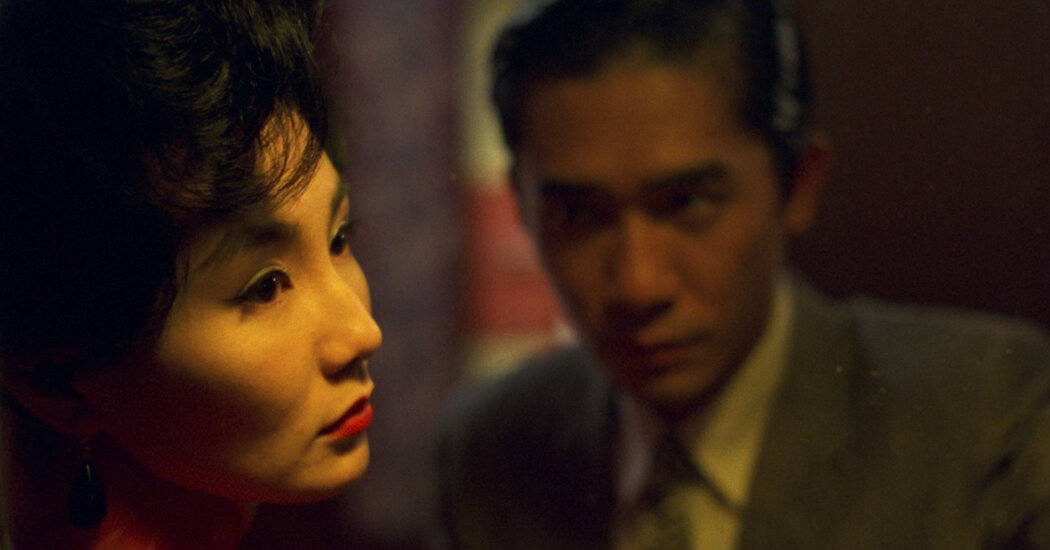 In Need of a Film About Romantic Possibility? Try ‘In the Mood for Love.’

Moments into “Days of Being Wild,” the second feature from the Hong Kong director Wong Kar-wai, a smooth operator flirts with a woman working at a concession stand. He asks her to look at his watch for one minute — and when the 60 seconds are up, he tells her why: “April 16th, 1960, one minute before 3. We were here together. I’ll always remember that minute because of you. From now on, we’re one-minute friends.” Like it or not, she’ll remember that minute, too.

As a pickup, the line is a bit cringey, but it’s a great scene because it distills Wong’s method: Here is a filmmaker who specializes in making the evanescent tangible, in capturing fleeting emotions in a style that is always poetic, often ravishing and, despite his