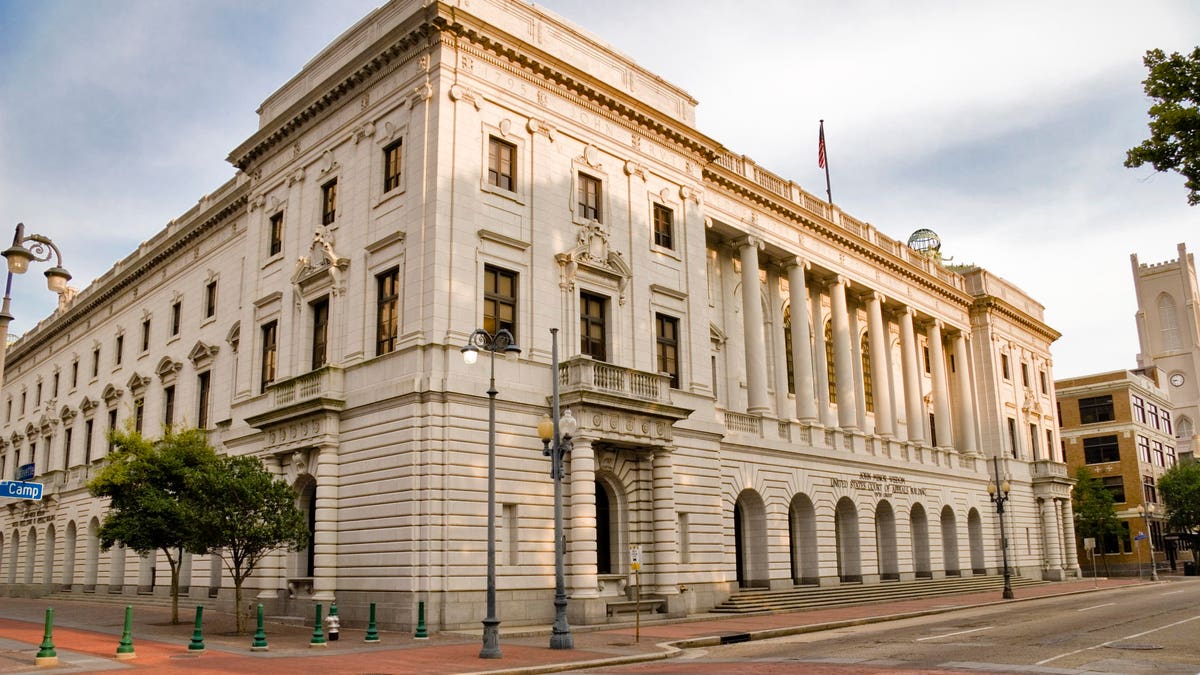 In February 2017, the assistant principal of a middle school in Gretna saw a “strange guy” (Joseph) in front of her school, who was “nervous and shaky,” muttering to himself, biting his nails, and “not walking straight.”  She asked school resource officers to investigate. When Joseph saw the officers approach, he began running away. At the time, Joseph suffered from paranoid schizophrenia.

The officers radioed for support. Officer Eddie Martin heard the call and spotted Joseph near a convenience store. He shouted at Joseph to come towards him. Joseph refused and instead ran inside, where he jumped over the checkout counter and curled up on the floor in the fetal position.

Storming in, Officer Martin aimed his gun at Joseph, chased him over the counter, and then immediately sat on Joseph’s body; Officer Martin weighed more than 300 pounds. Two more officers joined Martin in order to hold down Joseph’s upper and lower body.

As the court recounted, “Officer Martin saw no weapon in Joseph’s hands or any indication that he had one in his waistband, nor did he make any threatening moves like he was reaching for a weapon.” Multiple witnesses even recalled that they heard Joseph screaming, “I do not have a weapon” and was begging onlookers to “call the real police. They’re trying to kill me.”

Nevertheless, Officer Martin decided to tase Joseph, beat him with a baton, and then tase him again for good measure. Another officer, Officer Duston Costa, joined in and started kicking Joseph. The two men then took turns punching Joseph multiple times in the head.

Meanwhile, “roughly a dozen police officials stood around and behind the checkout counter observing the use of force against Joseph, and not one attempted to stop Officers Martin and Costa from applying the force they did.”

In the aftermath of his death, Joseph’s family sued 11 police officers for violating his Fourth Amendment rights. Specifically, Officer Martin and Costa inflicted excessive force, the family asserted, while the other nine officers failed to intervene.

The family and the officers dispute whether or not Joseph actively resisted the officers, if police knew Joseph was suffering from a mental health crisis, and even his ultimate cause of death. (Curiously, the coroner’s report declined to say if Joseph died of natural causes or a homicide but did note that he had high levels of Benadryl in his system.)

To determine if an officer’s use of force passes muster under the Fourth Amendment, courts must consider multiple factors, including the severity of the victim’s alleged crime, if the suspect posed an immediate threat or was actively resisting arrest, and the amount, timing, and type of force executed. Moreover, once a suspect has been subdued (which is not the same as “handcuffed”), “force must be reduced.”

In an unanimous opinion, the Fifth Circuit blasted the actions of Officers Martin and Costa as “clearly unconstitutional:” “They put force first.” “Force is not justified,” Judge Willett wrote for the court, “if the suspect lacks any means of evading custody—for example, by being pinned to the ground by multiple police officers.” “So even if Joseph failed to comply and struggled against the officers at certain points throughout the encounter, that resistance did not justify force indefinitely,” Willett added.

This requirement that rights be “clearly established” appears nowhere in the Constitution or in Section 1983, the federal law that authorizes civil rights lawsuits against state and local government workers. Citing an earlier concurrence of his, Judge Willett blasted this requirement as “Section 1983 meets Catch-22” and “an Escherian Stairwell,” where “heads government wins, tails plaintiff loses.”

Fortunately for the family, the Fifth Circuit had previously ruled that officers cannot beat and tase someone who “committed no crime, posed no threat to anyone’s safety, and did not resist the officers or fail to comply with a command.” As a result, the court held that “Officers Martin and Costa violated clearly established law by failing to attempt less forceful alternatives and by continuing to inflict force despite Joseph committing no crime, posing no threat, and giving no active resistance,” allowing the lawsuit against those two officers to continue.

Joseph’s family, however, was less successful in its failure-to-intervene claims against the bystander officers. If an agent knew that a fellow officer was violating someone’s rights and had the opportunity to intercede, but still refused to act, they can be held liable for their inaction. In Joseph’s case, “not every officer could have observed every infliction of force but, viewing the video in the light most favorable to Plaintiffs, every officer could have observed some of it.” If verified by a jury, that inaction would violate Joseph’s rights under the Fourth Amendment.

Since Joseph’s family didn’t cite any previous case with a near identical fact pattern, there was “no clearly established law.” So even though the bystander officers lost on the constitutional merits, they are still shielded from legal liability by qualified immunity.

Attorneys for both sides did not respond to requests for comment.

For more information about qualified immunity, visit the Project on Immunity and Accountability by the Institute for Justice.