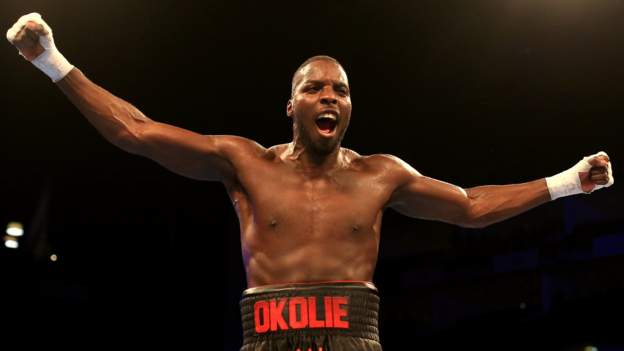 Promoter Eddie Hearn has asked “any top 10 cruiserweight” to message him after Lawrence Okolie’s world title fight on 12 December was cancelled because his opponent tested positive for Covid-19.

Britain’s Okolie will still fight on the undercard but not for the title.

“Any top 10 cruiserweights slide into my DMs [direct messages].”

Okolie, 27, has won all 14 of his professional bouts, with 11 knockouts, and secured the European cruiserweight title by beating Yves Ngabu in October 2019.

Poland’s Glowacki is a former WBO cruiserweight champion but lost the belt to Latvia’s Mairis Briedis in June 2019 before Briedis was stripped of the title for not agreeing to an immediate rematch.

Up to 1,000 fans will be able to attend world heavyweight champion Joshua’s fight against Bulgarian Pulev.

They were due to fight in June but it was postponed because of the coronavirus pandemic.