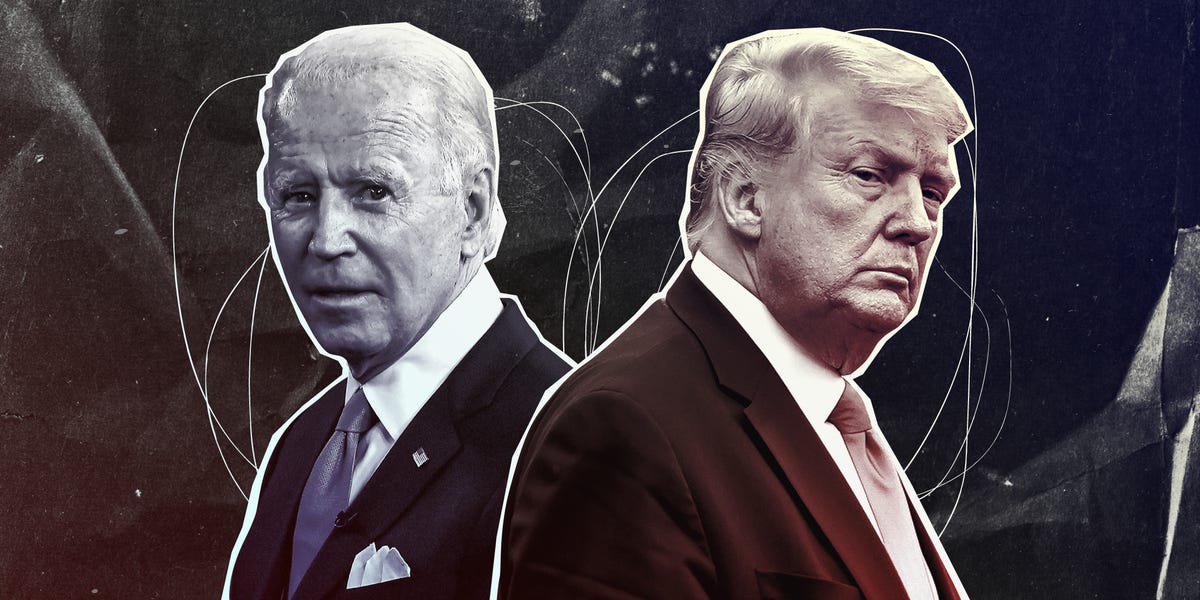 On October 22, Expensify CEO David Barrett hit send on an email to the company’s 10 million customers.

“If you are a US citizen, anything less than a vote for Biden is a vote against democracy,” Barrett wrote, adding: “a vote for Trump is to endorse voter suppression, it really is very basic.”

The fallout was swift. Expensify employees told Business Insider that the email invited a wave of withering criticisms of the company on social media and on its customer service portal. Employees say they’ve been inundated with negative, sometimes “abusive,” comments from customers, bots, and many more who are creating Expensify accounts and masquerading as outraged customers.

“We totally underestimated the volume of responses — positive and negative — and all of our inboxes have been flooded with explicit, sometimes truly awful messages. Same with social media,” said Megan Kelso, a designer.

“We’re doing our best to support each other and laugh at the absurdity of some, but the hateful comments have been difficult to avoid,” she added.

Only a small faction of customers, 0.5%, have written into the company to talk about the email, and far fewer have gone so far as to cancel their accounts, according to a longtime employee who works in customer success. And employees report that many of the comments have been positive.

But the worst of the damage could still be to come as customers look for other vendors.

In the seven days since the email went out, an Expensify competitor called Emburse has seen sales leads spike 200%, according to its CEO Eric Friedrichsen. The main reason that Expensify customers say they’re switching, he says, is because they’re put off by the blatant “invasion of privacy,” after Barrett’s newsletter went out to not only the company administrators who handle their Expensify accounts but all of their employees who use Expensify, too.

“The response to the Expensify email has been quite overwhelming,” said Yashwanth Madhusudan, who is the CEO of another competitor, Fyle, based in Bangalore. He said his company has observed a “steady stream of Expensify customers migrate” ever since Expensify introduced a corporate credit card and started showing ads to end users on its app.

After Barrett’s email, “our inbound rates have gone through the roof,” Madhusudan said.

The email blast has made Expensify — a unicorn startup that sells software for tracking business expenses — the antithesis to tech companies like Facebook and Google that are now trying to purge politics from the workplace. Most notably, Coinbase CEO Brian Armstrong recently declared an “apolitical” culture at the $8 billion startup.

Expensify is getting pushback, but internally, employees say the email has fortified their decision to work there.

Peter Barker, an Expensify employee based in Amsterdam, didn’t agree with the email at first but said he is glad the company has set a precedent for employees to share their political opinions without fear of being fired.

“I honestly have never been happier in my job than I am today,” he said.

On Monday, Business Insider wrote to Expensify asking for warm intros to employees who were involved in editing the controversial email as well as people who disagreed with sending it, for a story on how employees felt about it.

Barrett forwarded our request to his entire staff, adding that they were free to “provide a candid, honest statement on your take on the preparation for this newsletter” to Business Insider. We heard from 10 employees, who all wrote us statements on the record except for one employee who was against the email and asked us not to use her name.

Barrett put the idea for his email in front of employees in the same way anyone would propose a new product or feature: on Slack. There’s a channel called #whatsnext where employees name a problem and suggest a solution, and if enough people support the project, then it moves off Slack and into phase two, hashing out the logistics in Google Docs.

Barrett’s problem was more complicated than most. He believed the US president was making baseless claims about mail-in voting, saying it leads to widespread voter fraud, which is untrue, weeks ahead of a historic election.

Employees had about a week to review a draft of his email on Google Docs and suggest changes. Then, the decision to send the email went to a final vote by the company’s 19 highest-performing employees. Two-thirds approved it.

‘It was far too radical to be accepted by most people’

There was an initial well of support from the company’s employees, described as mostly liberal. They felt that speaking up would put the company “on the right side of history,” said Greg Schroeder, who works in customer success. Sheena Trepanier, also in customer success, said she wanted to tell her kid that she didn’t just stand by during the election.

Not everyone agreed. The main argument against sending the newsletter was that it would alienate some of Expensify’s customers, which include many small business owners likely across the political spectrum, and cause the company to lose business.

One employee in customer success, who asked not to be named, said she agreed with some of the email’s contents, even as a registered independent. But she rejected the email because she knew there would be a “major fallout.”

“I think it presented a well reasoned argument, but it was far too radical to be accepted by most people,” she said.

In the days that followed, some employees jumped into the conversation on Slack. Others had private conversations with senior leaders. And many more kept an eye on Google Docs as Barrett’s newsletter morphed into a final draft.

“I did not, and do not, agree with the idea of supporting political candidates generally, or Joe Biden more specifically, but regardless, I was always treated respectfully, and we all did our best to debate the merits of the idea and not attack each other personally,” said Christopher Peters, an operations lead who describes himself as Libertarian.

Tim Golen, an engineering lead and a conservative, said he doesn’t feel like he’s jeopardized his job after taking issue with the email on Slack. In his experience, Expensify has always been a collaborative and respectful workplace.

“The neat thing about Expensify is that we welcome the challenges that will grow us and make us better. It’s not easy to talk about politics inside a company,” said Golen, adding that it taught them how to have other hard discussions.

Even the Expensify employees who were against it said they felt even more invested in their jobs after the email.

The customer success employee who asked not to be named, and whose identity we verified, had reservations about the newsletter but was glad to see her company and its leader take such a risk for something they believe in.

Expensify employees are paying the price

So far, it doesn’t seem like the business has taken a hit.

Still, employees in customer success said the backlash was greater than anyone anticipated.

Some messages they’ve received call Expensify a “communist cult” and threaten employees that they should be “killed in the upcoming civil war.” A handful of workers were targeted online after someone dug up their political party registrations. And a companywide email address was signed up for conservative mailing lists as “spam retribution.”

The company has created a new triage system for complaints about the email, and senior leaders have stepped in to handle those escalated conversations, employees say. Barrett is personally responding to many of them.

Expensify’s office in Portland, Oregon, is closed because of the coronavirus pandemic, so the company isn’t able to offer the usual morale boosters. Instead, employees were told to expense a nice dinner and unplug last weekend.

“We ordered in some delicious fried chicken with all the sides,” Trepanier, the customer service employee, said. “Sometimes comfort food is just what you need to soothe the soul.”

Are you an Expensify insider with insight to share? Contact Melia Russell via email at [email protected] or on encrypted chat app Signal at (603) 913-3085. Open DMs on Twitter @meliarobin.