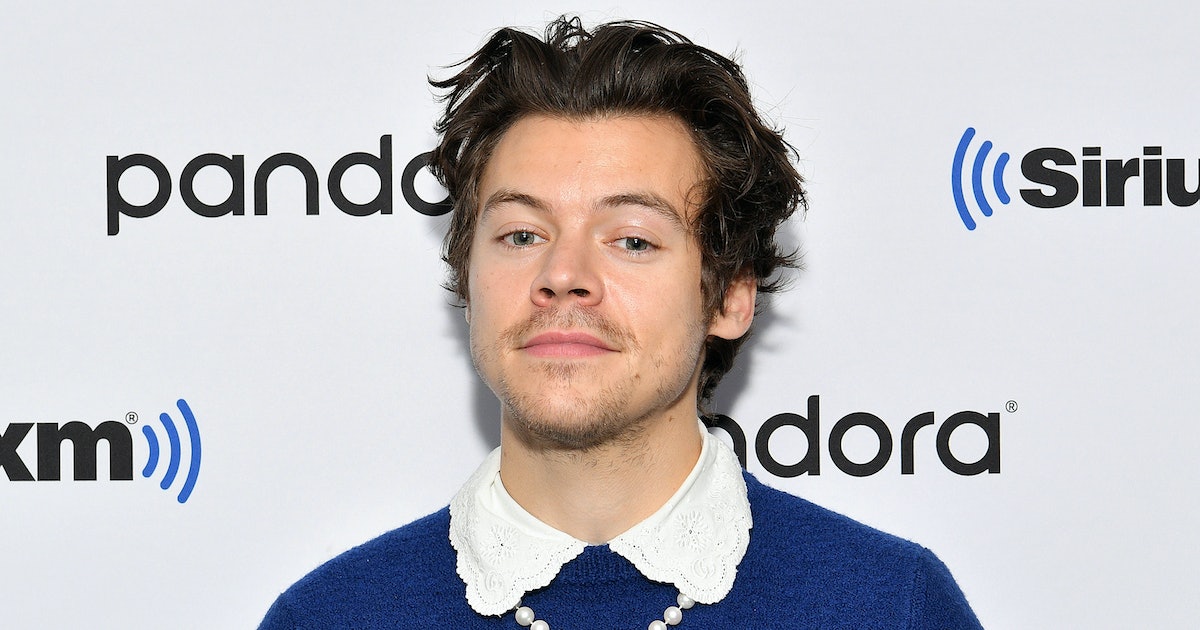 A One Direction fan’s worst nightmare (or perhaps best?) has come true. Harry Styles went to a fan’s house, fed her pet fish, and had a cup of tea — something that usually only happens in wholesome dreams and Disney Channel Original Movies (hello, Stuck in the Suburbs). But when the One Direction alum popped up at Theadora’s place, she sadly wasn’t even home to greet him.

On Wednesday, Oct. 28, noted Styles fan Theadora shared her bizarre story on Instagram, revealing that the singer’s car broke down right in front of her house. Her dad’s friend, who was house-sitting for the family, let Styles in and gave him a cup of tea while his car was being fixed. To return the favor, Styles left Theadora a note, signed her Fine Line CD (complete with adorable drawing of a mask), and fed her pet fish. Funny enough, the fish’s name also happened to be Harry, as confirmed in her Instagram bio.

Luckily, Styles left photographic evidence of the whole ordeal, which Theodora shared alongside pictures of his handwritten note. “Theadora, my car broke down on your street and your dad’s friend kindly let me wait at your house with a cup of tea,” he wrote. “I’m devastated that we missed each other. Looking forward to meeting soon. Treat people with kindness. P.S. I fed the fish.” Theadora has since put her Instagram account on private, but Styles fan accounts have reposted the images and made the story viral.

Although it must have been tough discovering that her idol was chilling in her bedroom while she was out, it seems Styles does intend to meet Theadora as soon as possible. “So sorry we missed each other,” he wrote on her signed CD. In a separate note, he wrote, “Tell your dad to get in touch. I’ll see you at a show.” Styles is currently scheduled to embark on his upcoming tour in February 2021, which was delayed due to the COVID-19 pandemic. In other words, their fateful meet-and-greet might happen next year.

The random encounter comes after Styles released his new music video for “Golden” on Monday, Oct. 26, in which he runs like his life depends on it through Italy’s Amalfi Coast. Perhaps he was just heading to Theadora’s house all along?