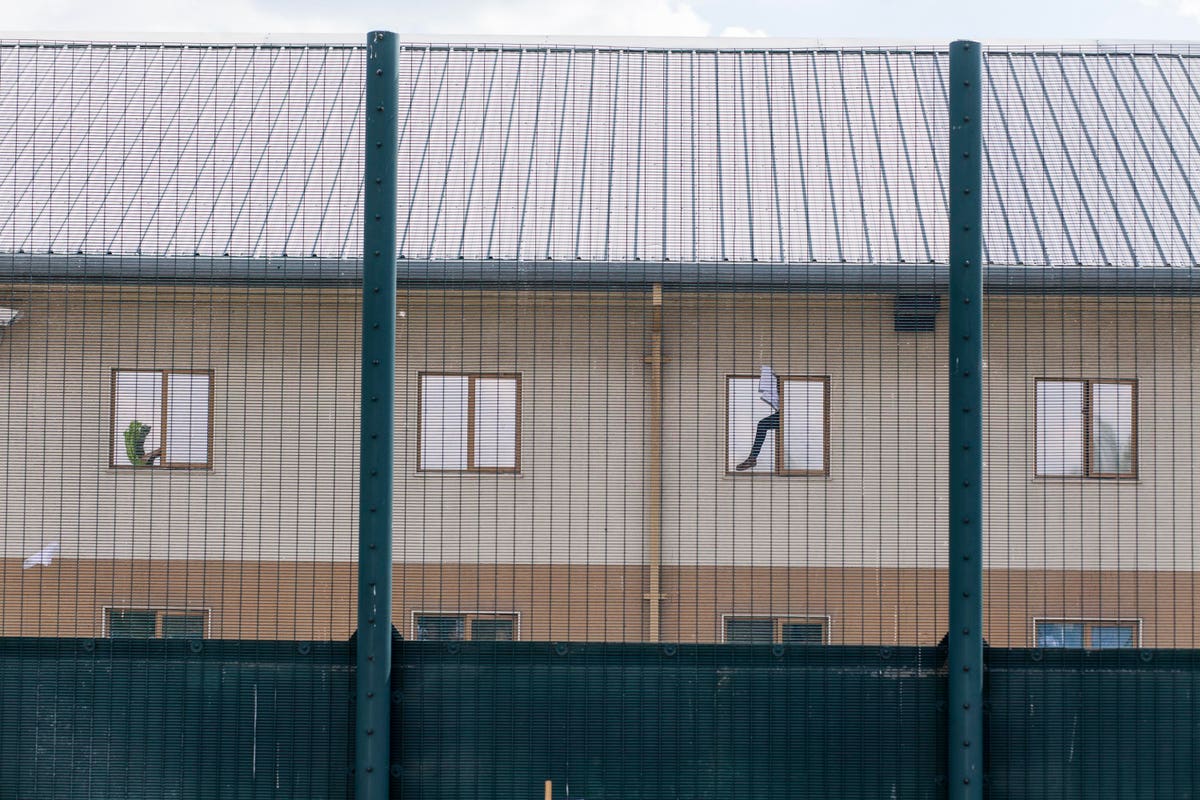 A group of over 50 U.K. NGOs, law firms and academics have called on the government to better protect victims of trafficking and modern slavery from the traumatizing effects of immigration detention. The lead signatory to the letter says the government has not been clear about how many victims have been detained.

October 18th 2020 marks the tenth Anti-Slavery Day in the U.K., a day to “raise awareness of the need to eradicate all forms of slavery, human trafficking and exploitation.” The U.K. made a big step in combatting slavery and trafficking in 2015, with the passing of the Modern Slavery Act in England and Wales and similar legislation in Northern Ireland and Scotland. Among other things, these acts are supposed to provide for the protection of victims, who are often trafficked into the country and forced to work degrading and difficult jobs, often with the threat or reality of physical abuse or family reprisal.

A big part of this effort is the National Referral Mechanism. Under this system, someone suspected of being a victim of trafficking or slavery should be referred to the authorities and if there are reasonable grounds to believe they are a victim, they should be provided with secure accommodation and financial support as a ‘potential victim’ while their case is investigated. If they are confirmed as a victim, they are considered for an extended immigration status, though this is not guaranteed and many people continue to live in what’s known as immigration insecurity, unsure of if or when they will be made to leave.

According to the not-for-profit After Exploitation, however, this does happen. To mark Anti-Slavery day, they along with other leading migration charities such as the Joint Council for The Welfare of Immigrants and Freedom From Torture, have signed a letter to the Prime Minister calling for urgent action to protect victims.

“Modern slavery deprives people of their liberty, and often leaves victims with the life-long legacy of physical, mental or sexual abuse,” reads the letter. “Yet, too many victims who seek help from the authorities are subject to harmful immigration control measures rather than support.”

Based on information from over 100 Freedom of Information (FOI) requests made by various organizations, After Exploitation have amassed evidence that at least 373 confirmed victims of trafficking were detained between 2017 and 2019, along with 2,580 potential victims.

The director of After Exploitation, Maya Esslemont, says obtaining this information was “an arduous process, sometimes subject to months-long delays.” She says often After Exploitation are only able to receive data once they show evidence to prove it exists, and that many other charities and journalists come to them to piece together information because the Home Office have denied their requests.

According to After Exploitation’s report Hidden Futures, it’s not just charities and journalists who have been excluded from the data. The report describes at least 25 times the Home Office withheld data on the immigration status, detention and return (read: deportation or voluntary return) of trafficking victims. Very often the Home Office claims such information is not stored in a way that can be easily reported. After Exploitation’s FOIs suggest, however, that this is not the case, and the report argues the government do indeed collect and store such information in a centralized Case Identification Database (further information on the report’s methodology can be found on pages 7 and 8).

One MP who was denied information was Nottingham North’s Alex Norris. In October 2019, Norris asked the Home Office to provide information on what proportion of NRM decisions were made for people in and out of immigration detention. The response was that the data kept did not make that distinction.

Norris says he thinks the current political climate around migration and asylum in general may be affecting the Home Office’s behaviour. “Culturally, (the Home Office) are very defensive generally, and message-wise, they’re putting out frankly quite a politicized message at the moment.”

Norris says he believes a majority of people in the U.K. support treating victims with care and helping them rebuild their lives, but that “this change of tone will mean that actually that (support) doesn’t happen and instead people are back to being demonized and dehumanized.”

He says that even when people are appropriately referred through the NRM, the process can often let them down, with extremely long waits for decisions and inadequate support. “People are parked in not particularly good accommodation, staring at the walls, not able to go do anything, and actually often moved around accommodations. When I’ve met people in that circumstance, what’s been really striking is (they’ve said) their experiences are not much different to as they were when they were trafficked. They had no idea about their future.”

Even when people get through the ordeal of waiting, the result is often catastrophic, even for children. The Guardian has reported that between 2016 and 2019 almost 4,700 people were confirmed to be foreign victims of trafficking. Experts estimate that up to half of these could be children. Of these 4,695 people, only 549 adult and 28 children received permission to remain in the U.K. This means potentially thousands of children could be at risk of deportation, often to countries they have no memory of.

Bella Sankey, director of the U.K. anti-detention charity Detention Action, says the Home Office under Home Secretary Priti Patel is failing survivors of human trafficking: “The reality we still see on the ground is trafficking survivors routinely detained indefinitely rather than given the care they desperately need.”

Sankey points out that soon the House of Commons will vote on “historic reforms, including a 28-day time limit (on detention) and robust judicial oversight, that would start to protect survivors of trafficking and those caught up in our inhumane detention system.”

Maya Esslemont of After Exploitation says the government could improve the futures of victims of trafficking by being open and transparent on the data they have about these peoples’ situation. They are calling on the government to release more detailed data at regular intervals on the detention and return of potential victims, as well as on their immigration outcomes and the support provided to them.

“Without accountability, it is impossible to know whether victims are being safeguarded or not,” says Esslemont. “While MPs were being denied evidence on the detention of modern slavery survivors, the practice was continuing unabated. If MPs were granted this information when they first requested it, policymakers would have had three years to address the issue. Instead, the data didn’t come to light until After Exploitation published it last year.”

More than just providing MPs with insight into what’s happening so they can address it, Esslemont says such transparency would go some way to redressing the culture of fear many victims of trafficking live under.

“Our immigration policies prevent survivors coming forward, as they have a well-founded fear of deportation and detention. Victims are not guaranteed protection, so it’s impossible to know the true scale of exploitation in the U.K.”

In response, a spokesperson for the Home Office says: “The government is at the forefront of the global fight against the abhorrent crime of modern slavery and we are committed to transparency in doing so, which is why we publish quarterly statistics for the National Referral Mechanism.”

“In 2020,” the spokesperson continued, “the Home Office has sought feedback on its data publications about victims of modern slavery and included new data in its most recent release. Further changes are also expected in future publications.”