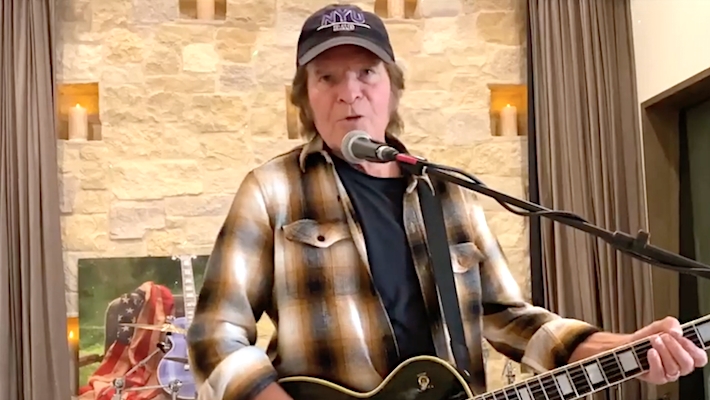 In recent months, many musicians have repeatedly denied the Trump campaign’s requests to use their songs at rallies. Neil Young finally sued the campaign after Trump repeatedly played his music despite the singer’s protests, and Leonard Cohen’s estate got lawyers involved when the RNC used “Hallelujah” during their event. John Fogerty has similarly denied Trump permission to use his song “Fortunate Son” at various rallies, but the president continues to defy his cease-and-desist orders. Now, Fogerty has found a clever way to get back at the Trump campaign.

Fogerty joined TikTok in order to spread his message across generations. For his first video, the Creedence Clearwater Revival singer tapped his granddaughter to appear in the clip to offer insight into the meaning behind “Fortunate Son.” “Today, with school being online, I thought I would give a little history lesson,” she said. “My grandpa wrote a song called ‘Fortunate Son.’ He was a veteran. It was about himself and others who were forced to fight a war they didn’t support, yet around him were others of privilege and upper class who didn’t have to. My generation can’t let this happen again. Hit it, grandpa!”

The camera then pans to Fogerty on guitar, who delivers an passionate rendition of the song’s intro. The performance stood as a subtle dig at the president, who has reportedly avoided the military draft five different times throughout his life.