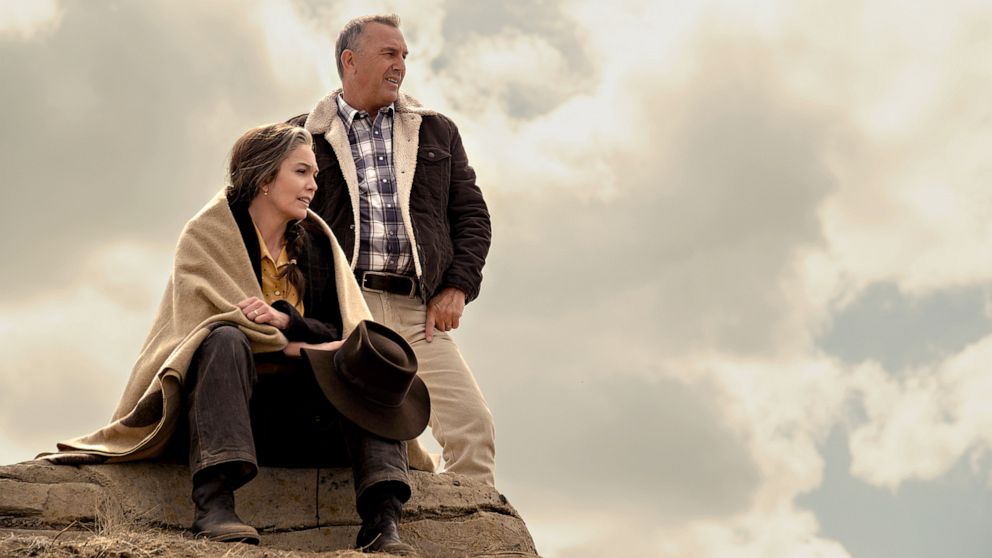 Two mothers — one good, the other toxic — go up against each other in “Let Him Go,” a high-tension revenge thriller that leans hard on its star power to cover the plot holes.

A laconic Kevin Costner is all banked fires as George Blackledge, a retired sheriff in a small Montana town in the early 1960s. Having hung up his badge and gun, George is ready to play grandpa to Jimmy, the infant child of his only son, James (Ryan Bruce), and his wife, Lorna (Kayli Carter). Then James is thrown from his horse and dies.

So George and his horse-breeding missus, Margaret (Diane Lane), enfold the widow and baby in a protective shell, like Costner and Lane did when they coddled baby Superman as Pa and Ma Kent in “Man of Steel.” What could go wrong?

Everything as it turns out. In short order, Lorna marries controlling and creepy Donnie Weboy (Will Brittain). Not long after, Margaret peers out her car window and sees Donnie viciously slapping around mother and child. And, bam, Donnie grabs Lorna and the kid and hightails it to North Dakota where his mommy dearest, Blanche Weboy (a powder keg Lesley Manville), and her slavishly devoted sons, will stop at nothing to make sure little Jimmy stays with their clan. Out in these parts, the Weboys run the show.

Margaret, who sees the son she lost in Jimmy, thinks differently. And it’s here that Lane takes charge of the movie. Her mix of tough and tender holds the story together. Margaret, who can turn a skillet into a lethal weapon and whisper comforting memories into the ear of a horse about to be put down, is a character that Lane creates in the space between words.

George thinks her plan to find Jimmy and bring him home is not logical or legal. No matter. Margaret packs the family station wagon with a birthday cake she made for Jimmy, George’s fully loaded service revolver and George himself, whose macho pride won’t permit his wife to go it alone.

Director Thomas Bezucha (“The Family Stone”), who adapted the script from Larry Watson’s novel, ratchets up suspense as the Weboys menace the Blackledges. “I hope you like pork chops,” purrs Blanche over dinner at the Weboy homestead. It’s clear that Blanche won’t let Jimmy go. Ever.

An escape attempt with Lorna and the boy backfires when George and Margaret are ambushed at their motel, creating a brutal faceoff between Margaret and Blanche. Manville, an Oscar nominee for “Phantom Thread,” makes an explosive foil for Lane as the two matriarchs battle for the upper hand.

The film’s climax, with Costner out for blood, can’t match the wallop of seeing Lane and Manville in action as mothers pushed to the limit. Thanks to their feminine fire, “Let Him Go” (only in theaters starting Nov. 6) raises the bar on a cliched tale of vengeance by mining a core of truth about mothers through the ages. Look closely, men, you just might learn something.