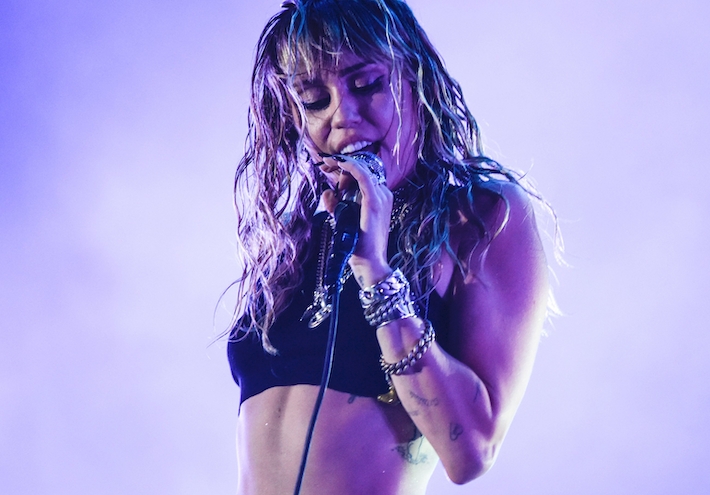 On Thursday afternoon Miley Cyrus released the second single off her upcoming album, Plastic Hearts, a collaboration with fellow pop star Dua Lipa. After a raunchy, bloody-looking teaser, the video itself did not disappoint, with the kind of sexy chaos that makes for a great music video.

Not only that, but in a recent interview with Zane Lowe, Cyrus pointed out that the subject matter of the song is well-suited to everyone’s recent experience with quarantine this year. In her mind, the song is about confronting all the things that we’ve tried to suppress or compartmentalize.

“What I love about “Prisoner,” I mean, I think it’s also coming at a perfect time for everybody,” she told Lowe. “I mean, in a way …I feel too, I mean, we’re just trapped in our emotions right now. I mean, really me, there’s no escaping it. It’s like, ‘Locked up, can’t get you off my mind.’ Anything that you’ve tried to suppress or compartmentalize at that point, it’s coming up. It’s yours to own, to own it or release it.”

There’s certainly some weight to that point. “Prisoner” follows up “Midnight Sky,” the first single off her upcoming album. And from the strength of these too songs, Plastic Hearts is looking to be an excellent latecomer in a stacked year. Watch out for it next week and watch the “Prisoner” video below.