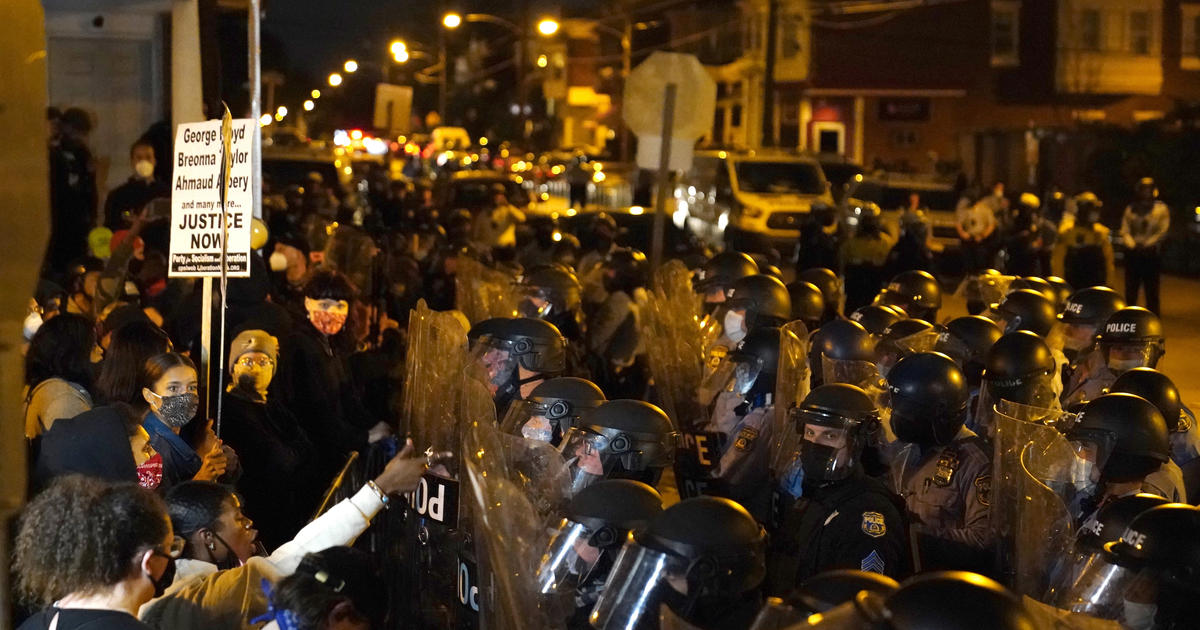 Philadelphia officials gave an update Wednesday on the police killing of Walter Wallace Jr. and subsequent unrest. The city was bracing for more demonstrations following two nights of protests that set off clashes with police and store break-ins.

CBS News confirmed the city is issuing a citywide curfew which will go into effect on Wednesday at 9 p.m. and last through 6 a.m. on Thursday. Grocery stores, restaurants and pharmacies are allowed to stay open for delivery services later than 9 p.m.

Wallace Jr. was fatally shot by police Monday after authorities say he ignored orders to drop a knife. About 500 people gathered in a West Philadelphia park Tuesday evening, marching to the nearby police headquarters where officers were stationed with riot shields. Some of the demonstrators threw debris at officers, according to police, and both sides later clashed.

Police said two officers were injured, although authorities did not disclose the extent of their injuries.

Some business owners were cleaning up damage and boarding up windows and doors Wednesday after video showed people streaming into stores and stealing goods on the opposite side of the city from where Wallace was shot. The National Guard is slated to arrive in the next few days to focus on guarding infrastructure, state and city officials said.

The clashes come as Pennsylvania emerges as a key focus of the contentious 2020 election, with President Donald Trump and former Vice President Joe Biden, a native son, locked in a battle for the state’s 20 electoral votes. Both candidates have made frequent campaign stops in the state.