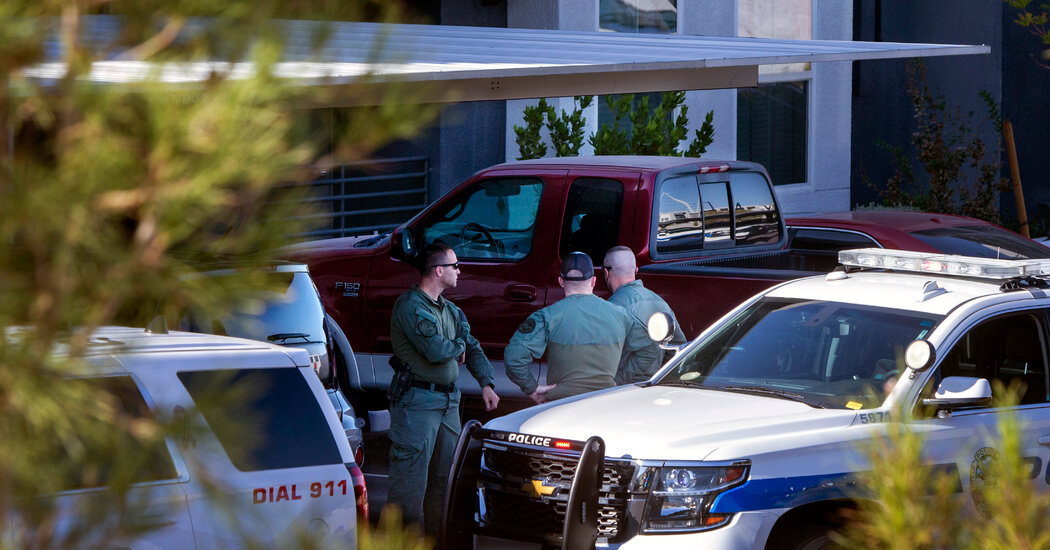 It started with a call to the police in Henderson, Nev., on Tuesday about a shooting at an apartment complex. It ended with four people dead, including a suspected gunman and a 12-year-old boy.

On Wednesday, the police released additional details about the episode, including the circumstances in which they fired at the gunman, who they believed had taken the boy hostage after killing two women.

The episode began around 11 a.m. Tuesday, when the police were called to an apartment complex on Stonelake Cove Avenue, officials said. The caller had heard gunshots and had seen someone with a possible gunshot wound in a doorway, the police said.

Then, the police said, the officers found the gunman, a resident of the complex whom they identified as Jason Neo Bourne, 38. He was “barricaded in a nearby vehicle” and holding a boy hostage.

“As officers attempted a de-escalation dialogue with the suspect, the suspect held his firearm to the juvenile’s head, resulting in an officer-involved shooting,” the police said in a statement on Wednesday.

The 12-year-old boy and Mr. Bourne both died at the scene, the police said. The police said they had determined that Mr. Bourne had fired “multiple rounds inside the vehicle.”

The police did not say how many shots had been fired or by whom they had been fired. It was also unclear what had led to the initial shootings, but they said Mr. Bourne had lived in the apartment above the victims’. The names of the victims were not released.

Officer Katrina Farrell, a spokeswoman for the Police Department, said the matter was “still under investigation” and declined to provide more information. There is police body-camera footage from the episode, and that is “typically” released within a week or two, she said.

The killings took place at a three-story building at an apartment complex, the Douglas at Stonelake, that one resident, Amber Belmonte, said was generally quiet.

She counted more than two dozen marked police vehicles in addition to unmarked vehicles, fire trucks and ambulances at the scene on Tuesday.

Generally, she said, life is uneventful at the complex. “I imagined the only thing I was going to stress about was the election,” she said.