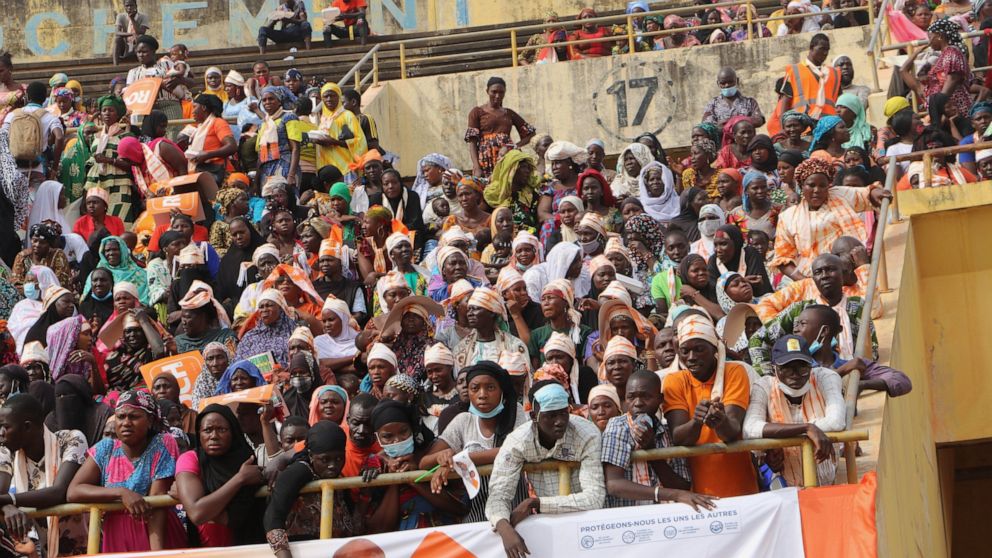 OUAGADOUGOU, Burkina Faso — Voters went to the polls in Burkina Faso on Sunday for presidential and legislative elections that have been marred by ongoing extremist violence in this landlocked West African nation..

President Roch Marc Christian Kabore has promised to secure the country and is vying for another five years against 12 other candidates. Kabore is expected to win, but the opposition hopes to split the vote, depriving the president of the 51% support needed for an outright victory in the first round, and then form a coalition behind the strongest candidate for round two.

On Saturday, opposition candidates accused the ruling party of fraud, including bribing people. The parties also accused The National Independent Electoral Commission of making changes to the electoral map, Zephirin Diabre, a leading candidate from the Progress and Change Party, told a press conference.

He’s one of the front runners, together with Eddie Komboigo, head of the Congress for Democracy and Progress, the party of former President Blaise Compaore, who was ousted by a popular uprising in 2014.

Burkina Faso experts say a failure to hold peaceful and transparent elections will reinforce jihadist messages that governments across the region are ineffective.

Crisis rooms have been set up around the city, where organizations can monitor the voting to check for irregularities, voter suppression and violence, according to a spokesperson for Codel, a local organization focused on elections. They were not authorized to speak to the media by name.

Violence linked to al-Qaida and the Islamic State has displaced more than 1 million people, and cut off swaths of the country, preventing at least 166,000 new voters from being able to register, according to CENI. Several civilians in the Sahel told The Associated Press that they had already been threatened by jihadists if they voted.

The polls close at 6 p.m. and results are expected in the next few days.