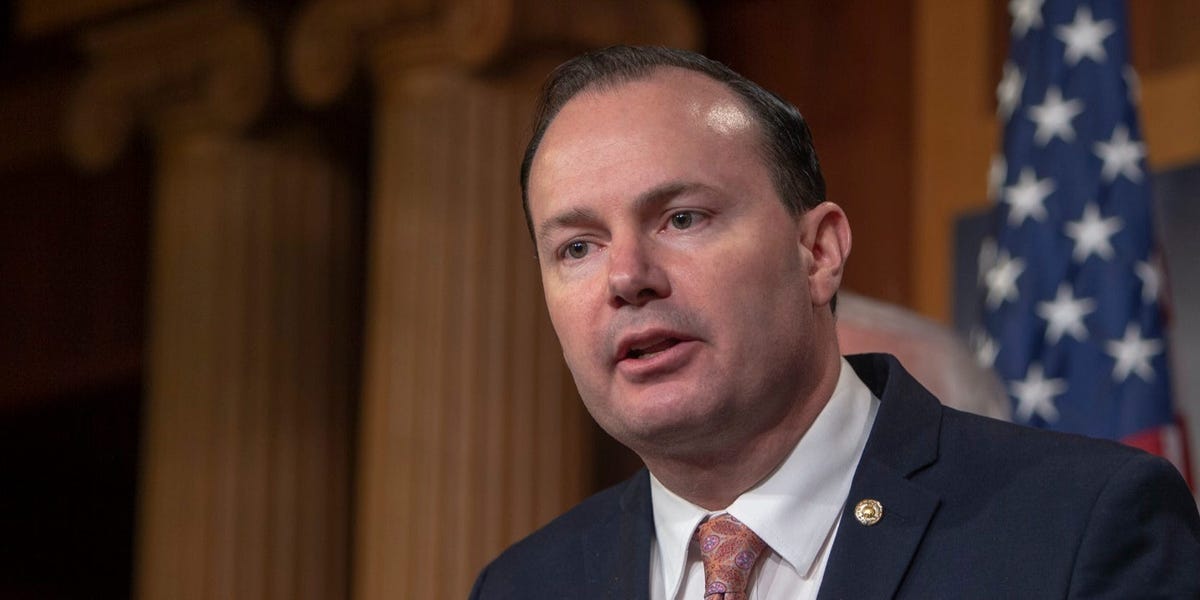 During a Senate hearing on Wednesday, Republican Sen. Mike Lee said fact-checking labels placed by social media companies are a form of censorship.

The Senate Commerce Committee held the hearing with the CEOs of Twitter, Facebook, and Google to discuss Section 230 and Republicans’ concerns about censorship online — they’ve accused the companies of discriminating against conservative views on their platforms.

Lee, the senior US senator from Utah, addressed the CEOs about their content-moderation policies, which he said were disproportionately applied to conservative ideologies. He defined what he considered “censorship” in regard to the way content is treated on these platforms.

Read more: Mass firings, frozen funding, and midnight rules: Inside the Democrats’ operation to fight back against Trump going scorched-earth in a Biden transition

“When I use the word ‘censor’ here, I’m meaning blocked content, fact-check, or labeled content, or demonetized websites of conservative, Republican, or pro-life individuals or groups or companies,” Lee said.

The senator was referring to labels that Twitter and Facebook attach to certain posts that they determine are not factual, like this warning label attached to a tweet from President Donald Trump. The warning links to a page that says Trump’s comments are “unsubstantiated.”

Lee went on to say that he did not see the same suppression of high-profile liberal politicians or commentators.

“Facebook’s policy is to suppress content that the biased activists at PolitiFact deem not safe for consumption,” said Conn Carroll, Lee’s communications director, in an email to Business Insider. PolitiFact is a Pulitzer Prize-winning nonprofit project and one of Facebook’s fact-checking partners.

All three CEOs defended their policies, saying they are intended to be applied equally to anyone who violates their content policies, regardless of their political opinions.

The four-hour hearing was called to discuss Section 230, which effectively protects social-media companies from being held responsible for content published on their platforms. Some Republicans, including the president, have called for its repeal, a move that could have severe consequences for tech companies.

During the hearing, Senate Republicans focused on the tech companies’ efforts to fact-check Trump’s tweets with false or misleading information, particularly about COVID-19 and the election.

Republican concerns about censorship on social media were sparked again earlier this month when Twitter limited the sharing of a controversial New York Post story about Hunter Biden. The Post’s Twitter account is still locked.