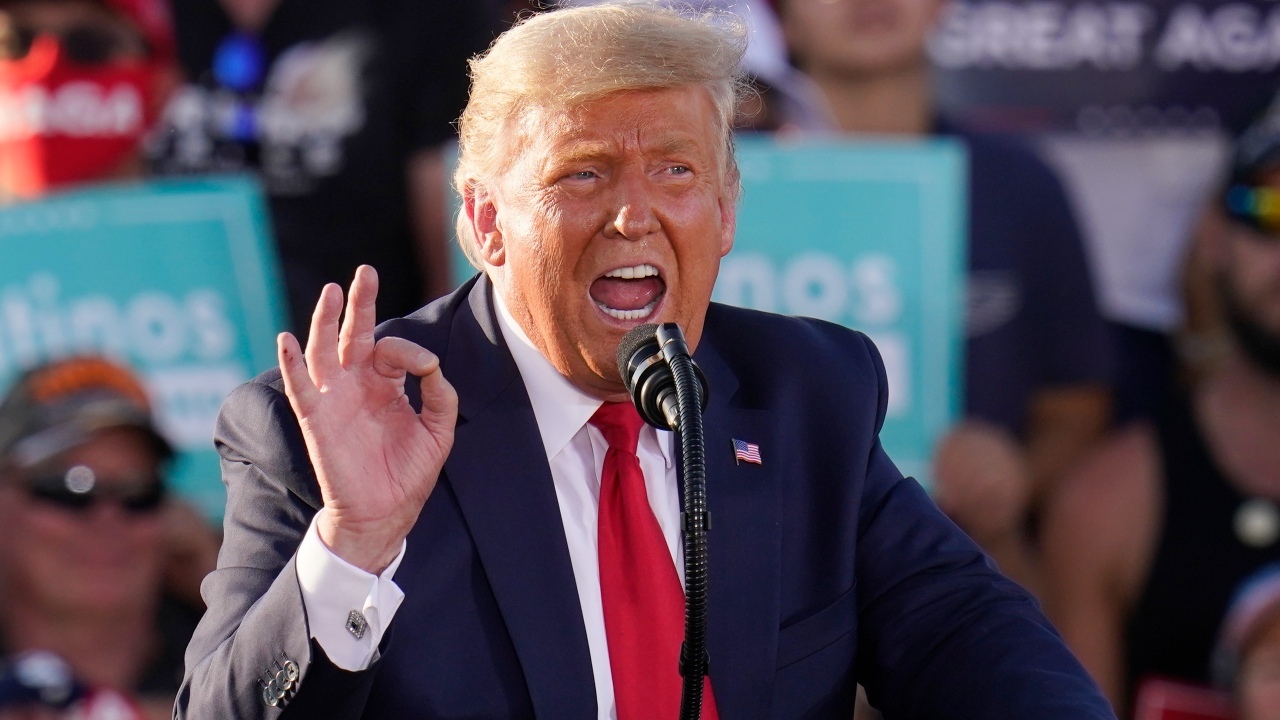 Media commentators, who are unloading everything they have on President Trump, are no longer content with the idea of him merely losing.

Now, in their esteemed estimation, there has to be a “reckoning.”

As part of a package of editorial condemnation, the New York Times declared that “Donald Trump’s reelection campaign poses the greatest threat to American democracy since World War II.”

Then the Washington Post’s Outlook opinion section devoted its cover to two alternatives: whether Trump and his minions should be prosecuted or merely investigated as part of a national truth commission. If that wasn’t enough, two MSNBC ex-prosecutors wrote a Post op-ed headlined “A Rap Sheet for a Former President.”

For liberal media people who have agonized over the last four years, you might think the idea of evicting Trump from the White House, and welcoming a Democratic administration, would be enough.

But no, more voices are suggesting some sort of national cleansing. Isn’t that at odds with Joe Biden’s call for uniting the country and returning to some semblance of normalcy?

What it actually tells me is that the national polarization will rage on indefinitely, regardless of how Trump handles his exit, if he indeed loses.

It also suggests a hunger for payback against the incumbent president, even as critics on the left decry his demands that Barack Obama and Joe Biden be prosecuted and his “lock them up” rally chants. Just yesterday, the president demanded on “Fox & Friends” that Attorney General Bill Barr name a special prosecutor–before the election–to investigate Biden over his son Hunter’s business dealings.

In the Post’s “Reckoning” package, Sam Tanenhaus, a former New York Times Book Review editor whose writing I respect, says “it is imperative to confront the facts of the Trump era. We elected as president a homegrown insurrectionist. He rose to the highest position in our democracy and damaged it…It’s unimaginable, ludicrous even, to contemplate doing nothing about Donald Trump.”

But while Tanenhaus acknowledges the desire to “hold the Trump crew truly accountable for past crimes, such as those uncovered by Mueller”–who recommended no charges, by the way–he concludes “the price of such an inquiry would be considerable. It could rebound against Democrats and undermine public confidence in their fairness and sense of proportion.”

Instead, the piece says Biden should set up an election commission on the scale of the Warren commission after JFK’s assassination, or the 9/11 commission.

Trump and other Republicans who have suggested the 2020 elections are rigged “would be given a chance to testify with immunity and in a closed session, their words recorded…Such a proceeding will be vulnerable to accusations of bias. But the facts would be on the record, and perhaps we would learn more about how democracy works, and doesn’t work, and what we can do to repair it.”

If it were a truly bipartisan effort–are such things possible any more?–looking at problems with the pandemic election might make sense. But in tone and concept, this sounds like it could become, to use a famous phrase, a witch hunt.

The other Post piece, by New Yorker writer Jill Lepore, begins by noting that MSNBC host Chris Hayes is pushing for “some kind of truth and reconciliation commission.” This is deemed “a terrible idea.”

“The Trump administration,” you will be glad to hear, “is not Nazi Germany, nor is it a nation defeated in war. Its wrongdoing — a litany that includes corruption, fomenting insurrection, separating parents and children at the border, and violently suppressing political dissent — should be investigated by journalists, chronicled by historians and, in some instances, tried in ordinary courts.”

SUBSCRIBE TO HOWIE’S MEDIA BUZZMETER PODCAST, A RIFF OF THE DAY’S HOTTEST STORIES

Lepore’s argument is that truth commissions, such as those tried in Argentina, El Salvador and Chile, “do not provide a means for the winners of a democratic election to issue a verdict on the losers.”

And here, while conceding that the left wants to blame the right, she makes an excellent point, calling for self-reflection “not only from Republicans but also from establishment Democrats and progressives and liberals and journalists and educators and activists and social media companies and, honestly, everyone. Does The Washington Post not bear some responsibility for the state of the nation? Or, most of all, Facebook? Or CNN? Or people who spit all over each other on Twitter?”

In other words, if there’s some agonizing to be done over the Trump years, the liberals, the media and the social media loudmouths don’t get a free pass for their conduct.

That hasn’t stopped those who are thirsty for revenge. With a fantasy sketch of Trump testifying in court, New York magazine last month ran a Jonathan Chait piece with the subhead: “Lock Him Up? For the Republic to survive Trump’s presidency, he must be tried for his crimes. Even if that sparks a constitutional crisis of its own.”

This is the most apocalyptic election in modern American history, with each side warning that an opposition victory will doom the country. It doesn’t help to be plotting some kind of inquisition even if your candidate wins.