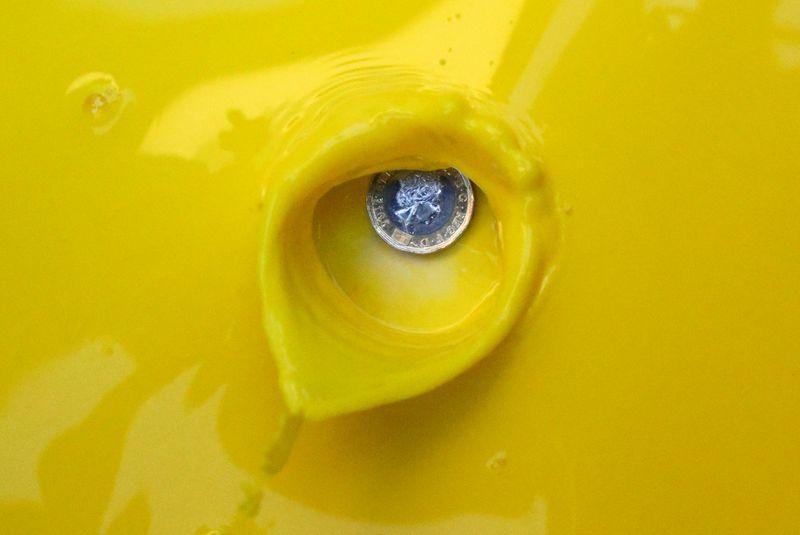 Britain will borrow almost 400 billion pounds ($533.40 billion) in the current financial year to pay for the massive coronavirus hit to its economy, Sunak said on Wednesday.

At the same time, he announced updated growth forecasts for the UK economy, which was on course to shrink by 11.3% this year — the largest fall in output for more than 300 years — before expanding by 5.5% in 2021.

The Office for Budget Responsibility also expects unemployment to peak in the second quarter of next year at 7.5%, representing 2.6 million people.

Jeremy Stretch, head of G10 FX strategy at CIBC Capital Markets, will be watching how the Bank of England reacts to Sunak’s spending plans to see whether it maintains a significant degree of quantitative easing over the medium-term after a larger than expected increase in the support measure earlier this month.

“That’s a factor which I think will play into the narrative of keeping sterling as a modest underperformer in the reflationary world,” he said.

He added that with Brexit optimism already priced in, there may not be significant justification to argue that sterling should be trading substantially higher than current levels.

Traders were looking for further progress towards a post-Brexit trade deal in talks between Britain and the European Union this week.

The head of EU’s executive Commission on Wednesday reported “genuine progress” but said the risk of Britain leaving the EU without a deal on Dec. 31 remained.

Financial markets broadly expect an agreement, even if it is a bare bones deal, with some talks continuing into next year.

The bloc’s securities watchdog said EU banks will have to use platforms inside the EU to trade derivatives from January, a move that could cut off the City of London, the world’s biggest derivatives trading hub.

Bank of England interest-rate setter Michael Saunders meanwhile said the long-term effects of Brexit could have a bigger impact on companies than the coronavirus pandemic.

MUFG’s head of research Derek Halpenny said UK was likely to experience a more severe GDP contraction this year than other advanced countries.

“The way back for the UK is likely to be more difficult and longer,” he said, adding this was the reason for his negative view on sterling.

Options costs for protection against unexpected moves in sterling subsided across all maturities, with three-month costs trading at a four-month low of 8.5%. One-week and two-week options costs were somewhat more elevated, suggesting implied volatility in sterling.