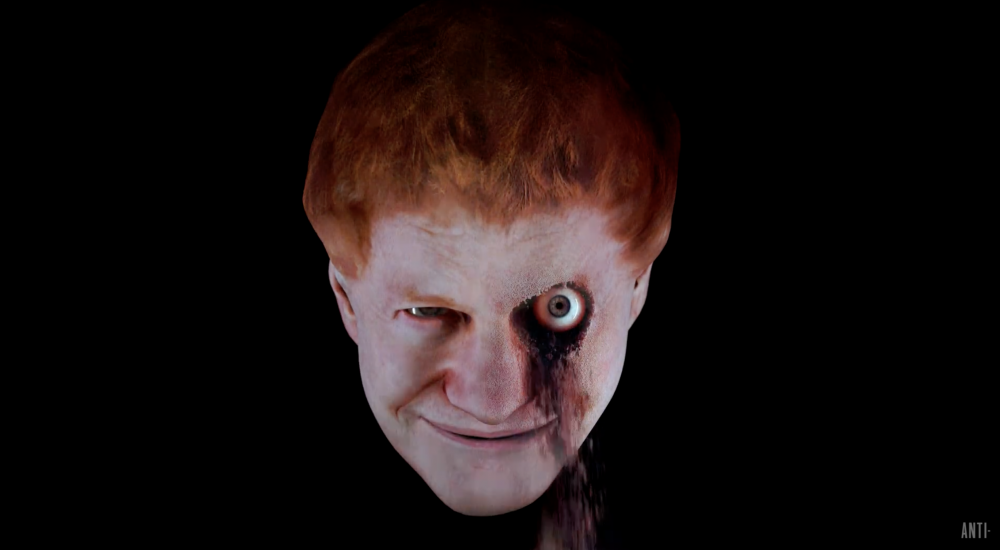 Definitely not to be mistaken for the Pharrell Williams song of the same name, the macabre “Happy” is Danny Elfman’s first solo/non-score single in 36 years, and at least a small-scale answer to the prayers Oingo Boingo fans have been offering up since the film composer’s rock ‘n’ roll band went the way of all flesh in the previous millennium.

The music video for “Happy” definitely has flesh going as it will, as a digitally manipulated version of Elfman’s face decays and has eyeballs popping in and out at will. Even images of puppies turn into skeletons in the timed-for-Halloween video. If you want creepy doll heads for the holidays, too, the video is not going to deny you doll heads. Occasionally topical lyrics — especially as the song kicks into a more thrashy mode midway through — a feeling that the song might be timed to the general election