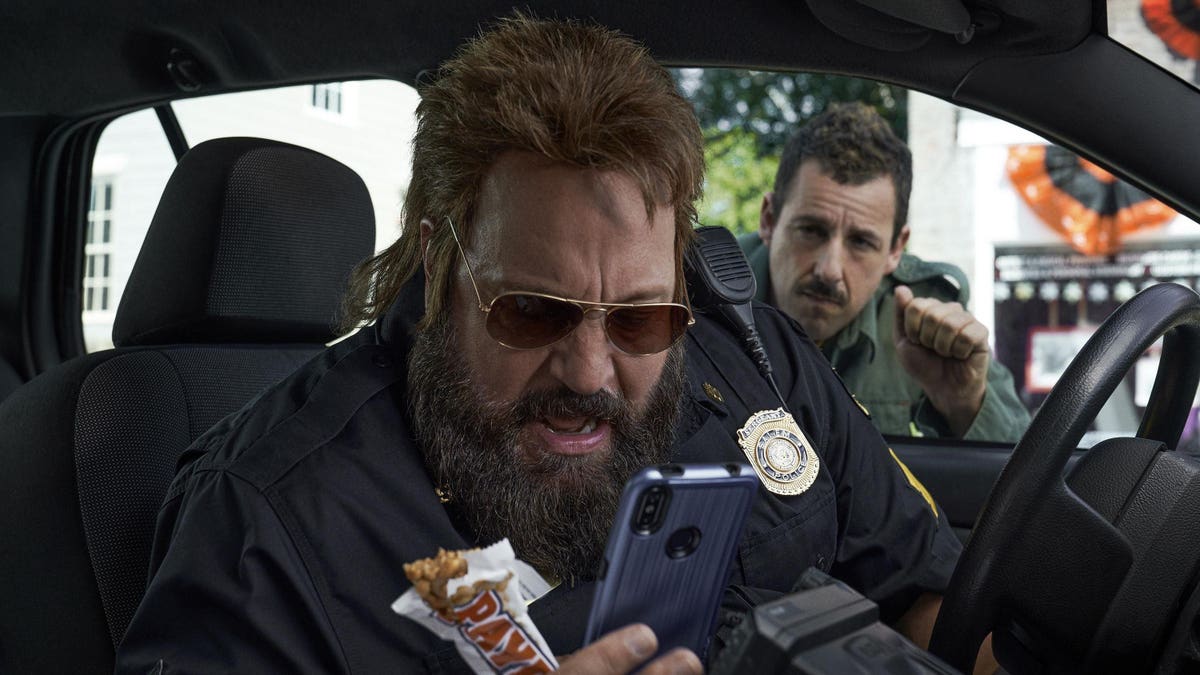 From a broad perspective, Hubie Halloween has undoubtedly been a big hit on Netflix
. The film spent a nearly unprecedented 14 consecutive days atop the Daily Top 10 charts, officially positioning Adam Sandler’s latest film with the potential to become Netflix’s most viral comedy of the year.

But, believe it or not, Hubie Halloween wasn’t even the most popular movie on Netflix this month—until today, that is.

On its 17th day on the Top 10 charts, Hubie Halloween finally earned enough points to pass American Murder: The Family Next Door (which recently became Netflix’s most popular documentary of the year). The crime documentary had held the lead for the entire month until today, when Hubie Halloween’s fourth-place finish on the Daily Top 10 gave it enough points to take hold of the monthly #1 spot (read more about my Netflix points-ranking system here).

Hubie Halloween had a firm hold on Netflix’s top daily position between October 7-20. On October 21, Rebecca finally upended Sandler’s reign, and today Netflix’s animated film Over the Moon stepped up to the spot. But still, Hubie Halloween hasn’t fallen below the #4 ranking since being dethroned, and probably has quite a few days ahead of itself as the film continues to move up the 2020 charts.

Here are the current ten most popular movies on Netflix this month. Observe how far Hubie Halloween and American Murder: The Family Next Door are ahead of the competition:

By this time tomorrow, Hubie Halloween should also take the #1 spot on the Fall Top 10 list, which is currently led by American Murder. Not far behind both of those films is Enola Holmes—but then after that, no project has come even close to matching the popularity of those three movies.

On the 2020 rankings, Hubie Halloween has already risen to 13th place, and only needs 25 more points to pass The Wrong Missy and become Netflix’s most popular comedy of 2020. And as long as Sandler’s film doesn’t fall too far down the daily charts next week, Hubie Halloween should then have no problem moving into one of the top ten slots.