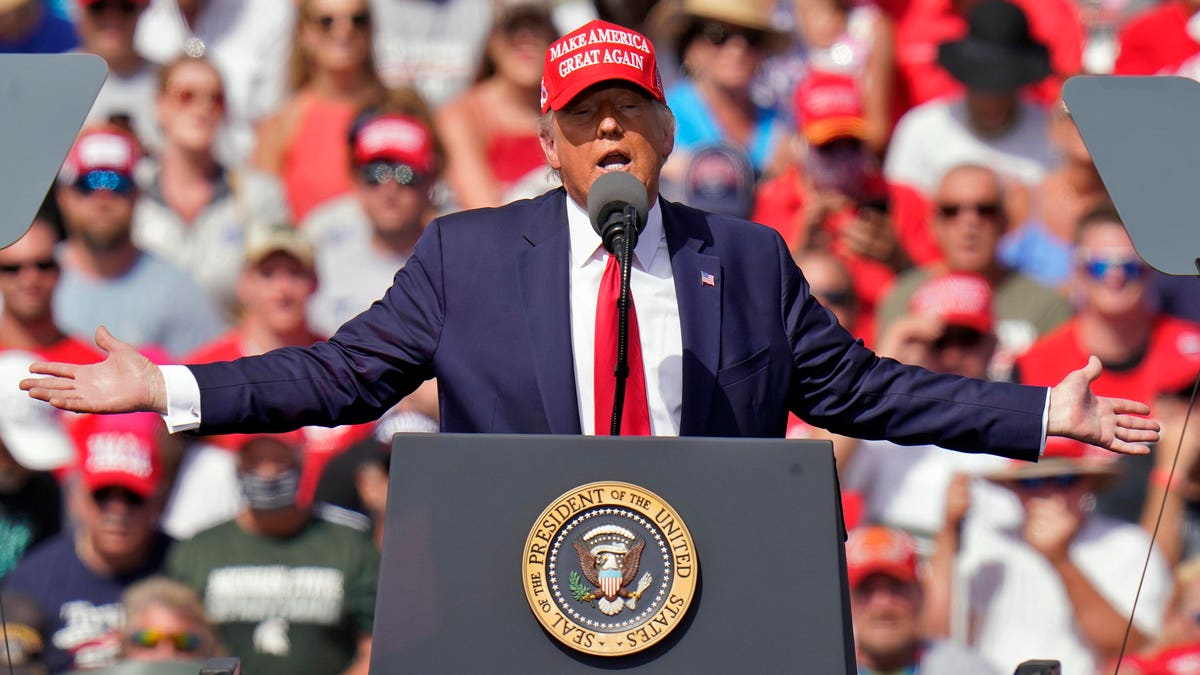 President Donald Trump has continually faced criticism for holding large rallies in the midst of the coronavirus pandemic, but there’s another public health concern that’s come up at his events recently that’s required dozens of calls for medical attention—he keeps holding rallies in dangerous temperatures.

His Tampa rally on Thursday was the latest to feature widespread medical issues, with supporters standing uncovered in the mid-afternoon sun as the heat index reached 96 degrees.

Conditions were so intense that a truck took to spraying water on the crowd to cool people down, after multiple attendees reportedly passed out with calls for medics coming every few minutes.

The rally comes just days after Trump supporters were left out in the freezing cold following another rally in Omaha because of issues with transportation, leading to at least seven hospitalizations.

The president also held a rally last week in Gastonia, North Carolina, where there were reportedly more than 50 heat-related medical calls.

The Trump campaign did cancel an outdoor rally scheduled for Fayetteville, North Carolina, because of winds, with gusts expected to reach 50 mph.

“He gets his photo op and then he gets out,” Democratic nominee Joe Biden said after Trump’s Omaha rally. “He leaves everyone else to suffer the consequence of his failure to make a responsible plan.”

Trump is going on a rally blitz around the U.S. ahead of Election Day, trying to fire up his base to turn out for an election that is already shattering records for the amount of ballots being cast. His rallies, which usually number several a day, gather large numbers of people in tight spaces, many of who choose not to wear a mask. His rallies also regularly feature many elderly attendees, leading to a situation most health experts believe is dangerous for public health amid the Covid-19 pandemic.