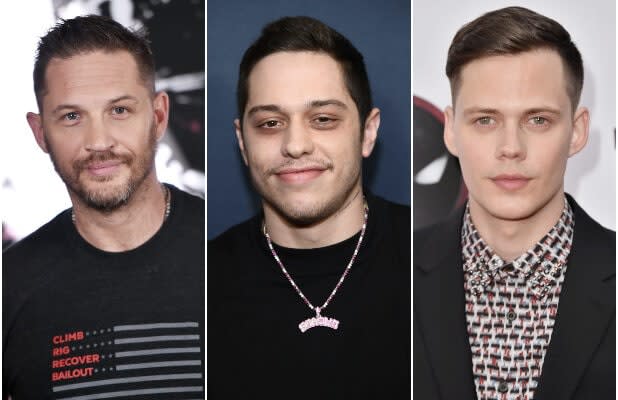 Tye Sheridan, Tom Hardy, Pete Davidson, Bill Skarsgard, Stephan James, Moises Arias, Ashton Sanders and Angus Cloud have all joined the cast of “The Things They Carried,” a Vietnam war movie and ensemble film that will be directed by Rupert Sanders and is based on the collection of short stories from Tim O’Brien’s 1990 book.

“The Things They Carried” will be presented to buyers at the American Film Market, and production is expected to begin on the film in early 2021 in Thailand.

The film is an ensemble project without a true lead, and it’s based on O’Brien’s stories of a platoon of soldiers during Vietnam and their experience on the front lines. Scott B. Smith, who wrote “A Simple Plan,” adapted O’Brien’s book.  Here’s the full synopsis:

Adapted from the acclaimed literary work by Pulitzer Prize finalist Tim O’Brien, “The Things They Carried” tells the story of the young men of Alpha Company, a platoon of American soldiers sent to fight on the ground during the Vietnam War. Trekking from village to village amidst chaos and confusion, the young men struggle to navigate a growing labyrinth of physical, mental, and emotional terrains as they battle for the survival of their sanity, innocence, and each other. Driven by the same imaginative instinct for storytelling that made O’Brien’s groundbreaking work a beloved classic, “The Things They Carried” is a powerful and moving meditation on fear and courage, guilt and loss, grief and longing, redemption and love, and the profound weight of the things we must all carry through our lives.

Hardy and Dean Baker will produce “The Things They Carried” on behalf of their production company Hardy Son & Baker, as will David Zander for MJZ. Amy T. Hu of MJZ will executive produce.

MadRiver is representing worldwide sales rights on the film, and CAA Media Finance is arranging financing and will co-represent North American rights.

O’Brien’s book is semi-autobiographical and shares similarities with his memoir and his own experience in the war, and the stories play with verisimilitude and reads as though it is a war memoir. The book was a finalist for the Pulitzer Prize and won the National Book Critics Circle Award, and it has also become a staple of middle school and high school curriculums.