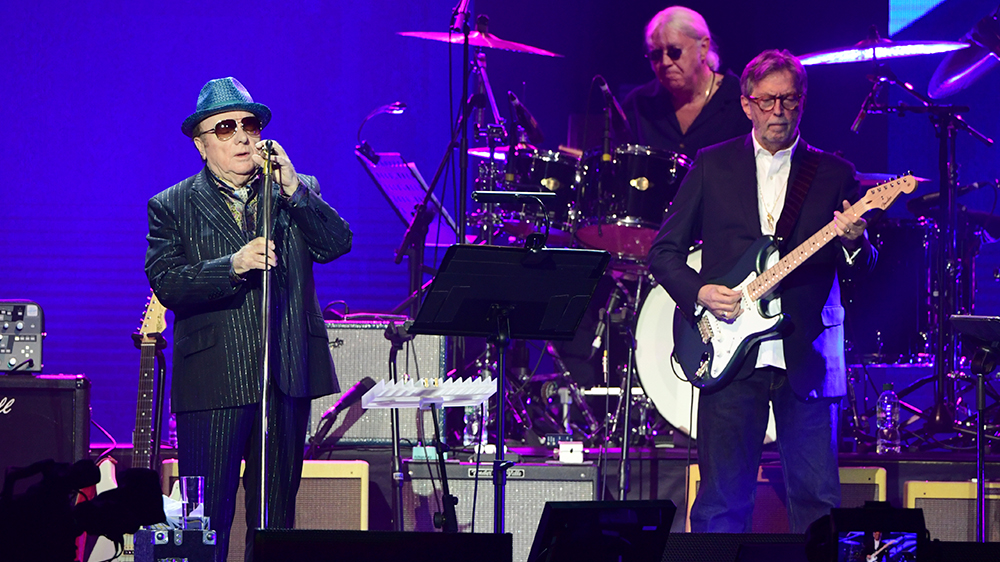 Did Van Morrison and Eric Clapton not get the memo that there is a global health catastrophe that has so far claimed nearly 1.5 million lives worldwide? Do they not know that this pandemic is far from over?

In what world are these two living?

The fact that they would decide to collaborate on a song slamming COVID-19 lockdowns, discouraging people from taking extreme precautions and wearing masks to protect themselves and others, is beyond unconscionable.

With coronavirus cases surging in the U.S., the U.K., Europe and many regions around the world, Morrison and Clapton had the audacity to release “Stand and Deliver,” a song that flies in the face of government orders aimed at stemming further spread of the deadly disease. The CDC is predicting that the death toll is going to climb much higher.

These tone-deaf musical legends appear to be oblivious to the seriousness of this health crisis.

Earlier this fall, Morrison released three other songs protesting the ongoing lockdown in the U.K., where, by the way, some news reports state that as many as 75,000 lives have been lost.

When Clapton announced last week that he was teaming with Morrison on a fourth anti-lockdown song to raise money for struggling artists during the pandemic, racist remarks he made onstage at his concert in Birmingham, England, in 1976 about keeping “Britain white” were unearthed on Twitter. He got pummeled on social media — rightfully so — as did Morrison and Clapton when the pair revealed they were teaming up on a song protesting lockdowns and safety mandates at live events.

While the two may have their defenders, the lion’s share of the reaction on Twitter was damning.

“What the f— is wrong with these rich ass—–. I say this [as] a lifelong Van Morrison fan,” the band Mountain Goats posted.

Singer Jameela Jamil also took to Twitter to blast Clapton: “This is the man who wants you to go outside while he sits all safe in his mansion with the best doctors available to him.”

This trio actually stood up and delivered.