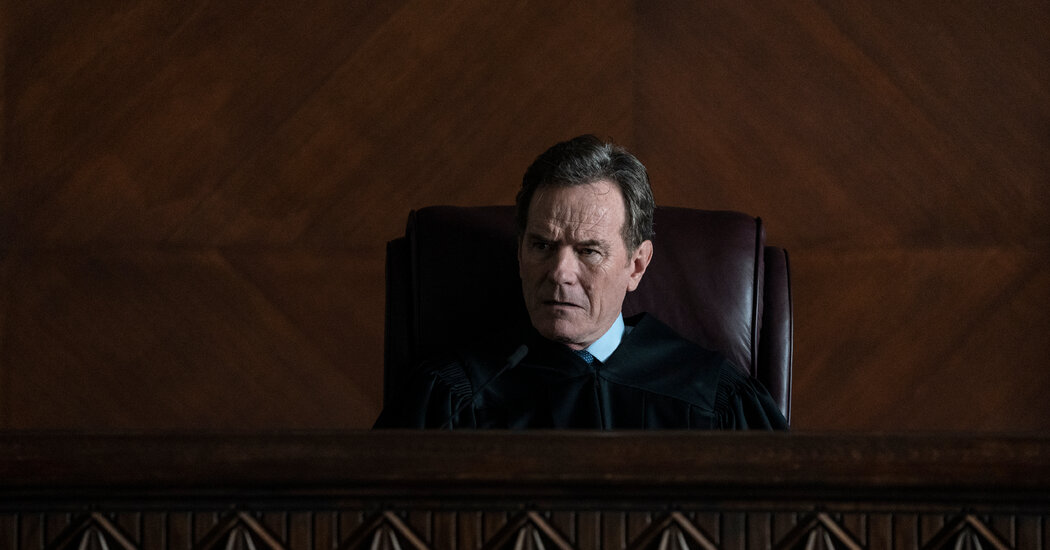 Between network, cable and streaming, the modern television landscape is a vast one. Here are some of the shows, specials and movies coming to TV this week, Nov. 30 — Dec. 6. Details and times are subject to change.

THE DISNEY HOLIDAY SINGALONG 8 p.m. on ABC. The New Amsterdam Theater on Broadway has been closed since mid-March, when, thanks to the pandemic, the “Aladdin” musical rubbed its last lamp of 2020 and beyond. If all goes according to plan, spotlights at the theater will be cranked back up on Monday and pointed at cast members of “The Lion King,” “Aladdin” and the North American touring companies of “Frozen,” who are slated to perform from the theater as part of this special. The hour also includes performances by a number of celebrity performers, including Andrea Bocelli, BTS, Katy Perry and Leslie Odom Jr. It will be followed at 9 p.m. by CMA COUNTRY CHRISTMAS, a special with acts including Tim McGraw, Lady A, Florida Georgia Line, Little Big Town and Darius Rucker.

ALMOST CHRISTMAS (2016) 7:45 p.m. on FXM. David E. Talbert, the writer-director responsible for the recent, joyous Netflix holiday movie “Jingle Jangle: A Christmas Journey,” cut his Christmas sweet tooth with this comedy-drama for grown-ups. The film casts Danny Glover as Walter, a widowed patriarch who hosts his adult children for the first family Christmas celebration since their mother died. Its cast includes Gabrielle Union, Omar Epps, JB Smoove and Mo’Nique. “Marital infidelity, drug dependency and selling out are among the topics of the dramatic threads, and for most of the movie the comedic material outpaces the serious stuff,” Glenn Kenny wrote in his review for The New York Times. “The most affecting subplot has Walter trying to reproduce his recently deceased wife’s sweet potato pie.”

SE7EN (1995) 6:04 p.m. on Syfy. David Fincher’s latest movie, “Mank,” hits Netflix this weekend, just over 25 years after Fincher released this grisly mystery thriller. “Se7en” casts Brad Pitt and Morgan Freeman as a pair of police detectives hunting down a serial killer. Placing it next to “Mank,” about the screenwriter Herman J. Mankiewicz finishing “Citizen Kane,” is a study in contrasts — as one of Fincher’s contemporaries, Steven Soderbergh, pointed out in a recent interview with The Times: “To draw a line from ‘Se7en’ and say, the same guy is going to make a two-hour character study of a writer wrestling with the fact that he’s betrayed his talents? That’s two different universes.”

88TH ANNUAL CHRISTMAS IN ROCKEFELLER CENTER 8 p.m. on NBC. Throngs of people usually turn out to see the Christmas tree lighting ceremony in Rockefeller Center. With the ceremony closed to the public, the event promises to be more of a silent night this year, but the live broadcast will go on.

BABY GOD (2020) 9 p.m. on HBO. This documentary from the filmmaker Hannah Olson looks at the case of a Las Vegas fertility doctor who for decades used his own sperm to impregnate patients. Olson investigates the fallout by following a number of people who have learned that the doctor, now deceased, is their father.

THE BLUES BROTHERS (1980) 9:50 p.m. on Showtime. Earlier this month, Showtime debuted “Belushi,” a feature-length documentary that chronicles the life of the comedian John Belushi. The network will air that documentary again on Thursday at 8 p.m., followed by one of Belushi’s biggest movies: “The Blues Brothers.” That musical-comedy stars Belushi and Dan Aykroyd as two criminal-musicians, Jake and Elwood Blues, who careen through a plot that involves a lot of R&B and more than one long car chase. It’s peppered with appearances by famous musicians, including Ray Charles, Aretha Franklin, Cab Calloway, James Brown and John Lee Hooker.

AMERICAN MASTERS — KEITH HARING: STREET ART BOY (2020) 9 p.m. on PBS (check local listings). When Keith Haring died in 1991, at 31, his obituary in The Times offered a succinct description of his career: “brief but meteoric.” This new documentary chronicles that career, which began in the belly of the New York City subway system and quickly began to shape the art scene of the 1980s and beyond.

THE MALTESE FALCON (1941) 8 p.m. on TCM. John Huston was, as the critic Bosley Crowther put it in his review for The Times in 1941, but “a fledgling whose previous efforts have been devoted to writing scripts” when he came out with this film noir, his first movie as a writer-director. Humphrey Bogart stars as a private investigator, opposite Mary Astor as a mysterious woman who hires him. Most viewers are likely already familiar with the plot of this classic — but saying anything more would be a spoiler for those who aren’t.

A HOLLY DOLLY CHRISTMAS 8:30 p.m. on CBS. This year, Dolly Parton donated $1 million to help fund research for a coronavirus vaccine, in a philanthropic shot heard around the internet. Those who want to show their appreciation (or simply want to hear Parton sing holiday classics) can tune in to this special, which comes on the heels of Parton’s recently-released Christmas album of the same name.

YOUR HONOR 10 p.m. on Showtime. Bryan Cranston stars in this legal-drama mini-series. Adapted from the Israeli TV show “Kvodo” by the British screenwriter and playwright Peter Moffat, “Your Honor” casts Cranston as Michael Desiato, a New Orleans criminal-court judge who gets thrust into a dangerous, morally murky situation when his son (Hunter Doohan) kills the son of a powerful mobster (Michael Stuhlbarg) in a hit-and-run. Desiato races to shield his son from justice of both the legal and rough varieties. “This character actually was having a pretty good day before all of this came crashing down on him,” Cranston said in a recent interview with The Times. “That’s what makes good drama.”